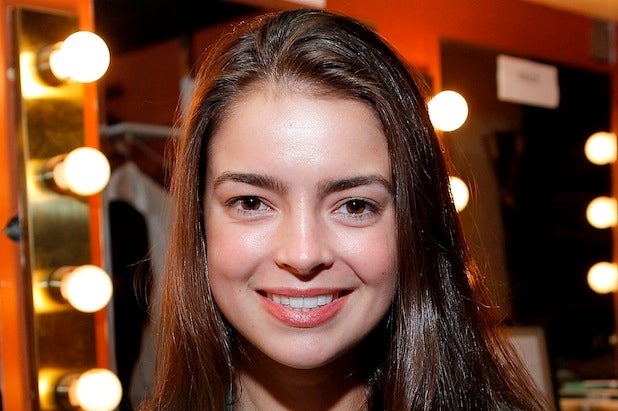 Katherine Hughes, who played a young Jill Hennessy in “Roadie,” has landed one of the teenage leads in Jason Reitman’s “Men, Women and Children,” TheWrap has learned.

Additionally, an individual familiar with the project has told TheWrap that Elena Kampouris, who appears in Reitman’s “Labor Day,” has also booked a key role in the film, though her participation remains unconfirmed at press time.

Reitman and Erin Cressida Wilson adapted Chad Kultgen’s book of the same name, which chronicles the sexual frustrations of teenagers and their parents in the digital age.

Adam Sandler is slated to star alongside Jennifer Garner, Rosemarie DeWitt and possibly Judy Greer, the latter of whom is expected to play a mother who posts alluring photos of her daughter online.

Earlier reports have insinuated that Reitman has been struggling to cast some of the teenage roles with age-appropriate actors due to the sexually-charged material, but that’s hardly the case.

Hughes (pictured above) will play Brooke, while sources say Kampouris will play Allison, though it remains unclear who will play their onscreen parents.

Paramount will release Reitman’s “Labor Day” next month. The film stars Kate Winslet and Josh Brolin, with Tobey Maguire serving as the narrator.

While Hughes has done guest spots on “Law & Order: Special Victims Unit” and “Blue Bloods,” Reitman’s next film will be her first major movie role. She is represented by Innovative Artists and Silver Lining Entertainment.