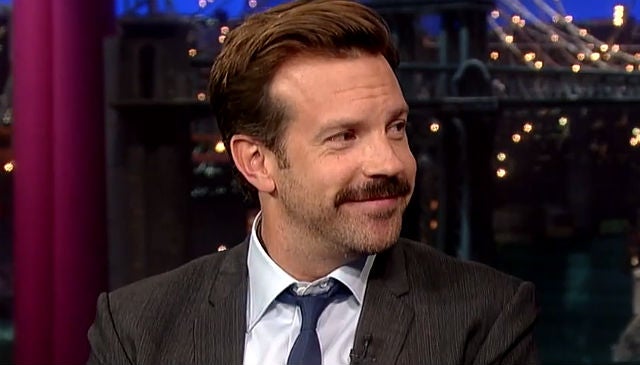 Though there was speculation that Sudeikis, whose movie "We're the Millers" opens Aug. 7, would be the latest "Saturday Night Live" cast member to depart, following Bill Hader and Fred Armisen off of the late-night institution, he had not yet made his departure official.

Sudeikis, who'd been with 'SNL' for 10 years, told "Letterman" that he's "definitely done" with the show.

Asked by Letterman how long "a person" could go on with "Saturday Night Live," Sudeikis, known for his impressions of politicians Mitt Romney and Joe Biden, replied, "A person can go with it as long as they want; Lorne [Michaels] has been kicking butt at it for 33 out of 38 years. But I'm definitely done. I'm gonna leave; I'm not coming back."

Sudeikis admitted that he'll likely have an "itch" to come up with sketches for "Saturday Night Live," which is currently on break.

“Yeah, you start to get that itch probably in August, where all these sketch ideas will show up and I’ll be like, ‘Well, can I make this sketch idea last 90 minutes and turn it into a movie?’ Probably not. Probably not, yeah.”