While it’s still too early to draw many hard-and-fast conclusions about how Jay Leno at 10 is impacting NBC overall, premiere week ratings suggest the Peacock’s bold move did no favors to the network’s local newscasts.

Clearly, that’s not a good thing. But it’s also no reason for anyone at the Peacock to panic, or rival stations to party. At least not yet.

As has been noted before, the early ratings on the Leno front probably won’t be predictive of his show’s ultimate performance. His first week numbers were inflated; last week’s figures were no doubt impacted by the fact that other nets rolled out most of their season and series premieres last week.

And we’re talking just one week of data here: Ratings, especially for local news, can vary widely from week to week, based not only on primetime leads-in but on news events or newscast stunting. 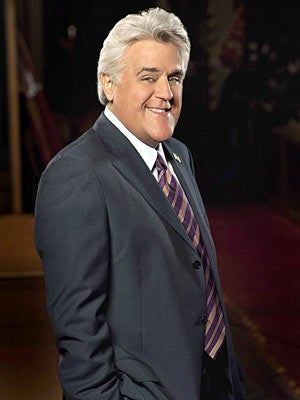 Translation: Take what follows with a big ol’ grain of salt. Although, if you’re a GM at a NBC station, it couldn’t to have a couple of Tums handy over the next few weeks.

As expected, "The Jay Leno" attracted significantly fewer viewers than the 10 p.m. programming it replaced– at least when comparing premiere week 2009 to the same five days in 2008.

By contrast, ABC’s WABC fell 12 percent in the news demo. And the Eye’s WCBS actually rose 22 percent (albeit off a much smaller base).

The story was the same in LA. KNBC’s 10 p.m. Leno average fell 37 percent in the news demo, helping cut ratings for the station’s 11 p.m. news by 30 percent.

CBS’s station was up 20 percent (also off of a smaller, third-place base), while ABC’s LA outlet dropped 21 percent.

(ABC year-to-year comparisons are skewed because last year, ABC had a "Dancing with the Stars" episode that ran until 11 p.m., giving local stations a big leg up. A David Blaine special did better than "The Forgotten" on Wednesday, "Grey’s Anatomy’s" two-hour bow was also much bigger last year, and analysis of the vice presidential debate also outperformed this year’s "20/20").

The other markets in the top 5:

–Dallas: The Leno drop-off was 39 percent in the Big D, while the news decline was 33 percent. ABC was also off 29 percent at 11, while CBS fell three percent.

So what’s it all mean? As noted, it really is too soon to say for sure.

At first glance, the premiere week numbers don’t look good for NBC. At all.

"They’re just scary," a wag at a network not named NBC told TheWrap.

But keep in mind that premiere week offered CBS and ABC a chance to show off their biggest guns, thus boosting their local stations. By contrast, Leno was in "settling in" mode last week, having attracted much sampling and much bigger audiences the week before.

NBC says it’s taking a full-year approach to 10 p.m., and presumably that applies to its stations. The network believes Leno will do better when the other networks are in repeats (Jay plans on taking off just a few weeks per year).

In those weeks when Jay is opposite repeats, there’s a chance he could surge– lifting local news numbers with him.

It’s also possible that Leno has found his comfort zone and will, on most nights, average roughly between a 1.7 and a 2.4 in the demo– just as he did during premiere week.

If that’s the case, the question is whether local news numbers will follow the same pattern as premiere week, dropping in tandem with Leno’s decline (relative to the primetime dropoff). Or do viewers return to their old viewing habits for late news, skipping Leno but returning at 11 o’clock?

An NBC spokeswoman suggested that patience might be a virtue for all involved (including, we assume, bloggers who want to be the first to write about a particular topic):

"As we’ve said from the very beginning this is not about looking at a single isolated week, but rather the total course of an entire 52- week season," she said.