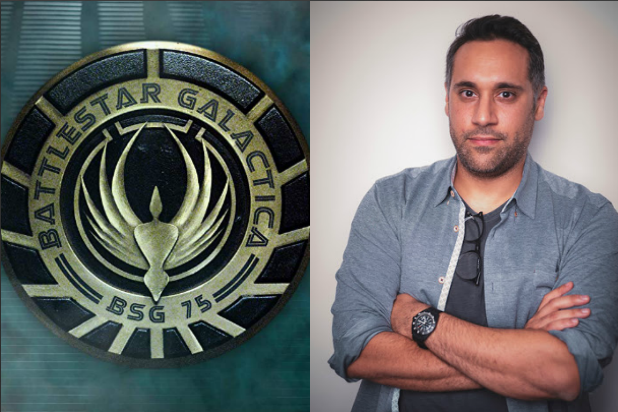 Jay Basu has been tapped to rewrite the screenplay for “Battlestar Galactica,” Universal Pictures’ reimagining of the 1978 television series created by Glen Larson, individuals with knowledge of the project exclusively tell TheWrap. An earlier draft of the script was written by Lisa Joy (“Westworld”).

Like “Star Wars,” “Battlestar Galactica” was a 1970s space opera that traded on special effects, amazing hair, and a strange world. The show was a response to the success of George Lucas’ film, with its own space battles and spooky, robotic bad guys. TIME Magazine listed it as one of the 100 Best TV Shows of All-Time.

In 2003, a reimagined “Battlestar Galactica” mini-series aired on Syfy.

Basu’s credits include “The Girl in the Spider’s Web” for Sony. He also recently did production work on the upcoming “Charlie’s Angels” reboot, which is currently in production for Sony as well. Basu is also developing a sequel to “Labyrinth,” the 1986 Jim Henson film which starred David Bowie and Jennifer Connolly.

Basu is represented by UTA, 42 and Kaplan/Perrone Entertainment, and attorney Peter Nichols.