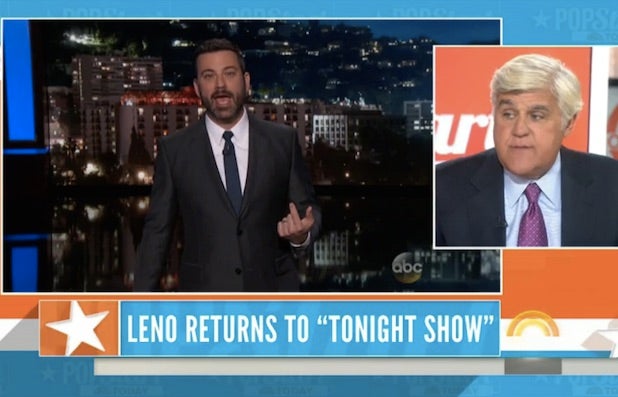 Jay Leno offered his take on his feud with Jimmy Kimmel on Wednesday, summing it up as the price of show business.

“[Kimmel] comes from radio … where you find some enemy and then you make up a phony battle,” Leno told the “Today” show. “I never had any problems with the guy, but he chose to go after me. And that’s fine, welcome to show business.”

The feud between Kimmel and Leno was started by Kimmel, who said, “F–k him!” in 2010 about Leno. Kimmel also donned a prosthetic chin and makeup to mock Leno. He also called the decision for NBC to give Leno the late night time slot “pre-meditated.”

Leno had a busy 24 hours after a surprise guest spot on his successor Jimmy Fallon‘s “Tonight Show” on Tuesday. He subbed in for Fallon, who “pulled a hamstring” delivering a Bernie Sanders joke.