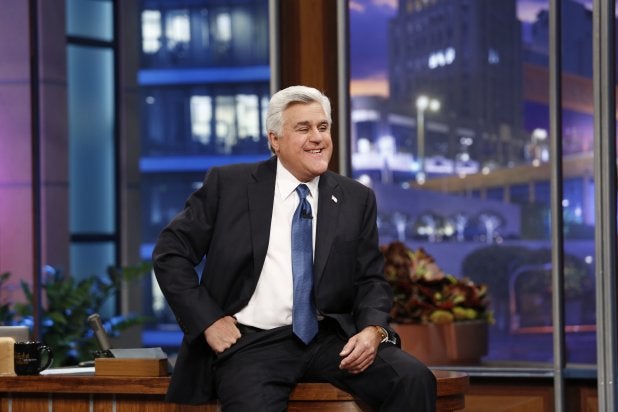 Jay Leno is returning to “The Tonight Show” on Friday, marking his first appearance since he handed over hosting duties to Jimmy Fallon.

The comedian, who will be back on TV early next year with CNBC car show “Jay Leno‘s Garage,” will appear as a guest the same day actress Lucy Liu and “Science After Dark” host Kevin Delaney are scheduled to appear.

Talking points will likely be Leno’s Mark Twain Prize for American Humor award as well as his upcoming car show, which audiences previewed at the end of August when CNBC aired a one-hour special.