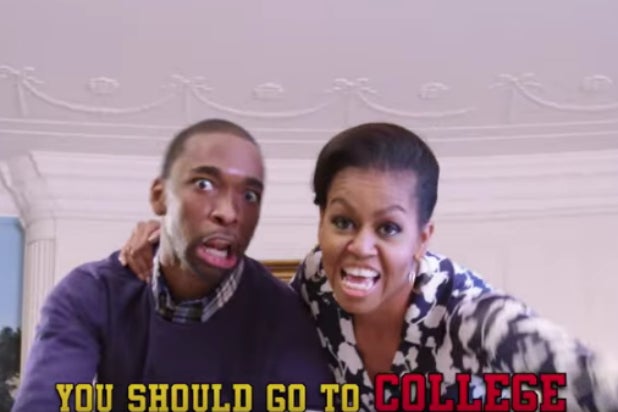 Jay Pharoah, Taran Killam and Jon Rudnitsky were unceremoniously let go by “Saturday Night Live” this week, and in the case of those first two, no one really seems to know why. As for Rudnitsky, well, he didn’t quite stand out as a first-year featured player.

Killam has already spoken out about Lorne Michaels‘ decision, one which appears to have taken the actor completely by surprise. Pharoah just broke his own silence on social media — well, sort of.

The Barack Obama impersonator posted the below photo of himself, Killam and “SNL’s” Vanessa Bayer to his Instagram account with the caption, “my fam for life.” Hey, families take all sorts of forms these days.

Also Read: Taran Killam Doesn't Know Why He Was Dropped From 'SNL'

TheWrap was told Monday night that Killam and Pharoah’s busy schedules were to blame for the dismissals. Both comics are working on projects beyond the “SNL” realm.

Additional players will be brought in for the upcoming Season 42, TheWrap has learned. “SNL” had better unearth someone to impersonate the president, as Obama will remain in office for more than half of the upcoming run.