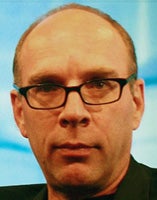 For a feature on the rise of “content farms” like Associated Content, Demand Media and AOL’s Seed, I fired off a few questions to Jay Rosen, NYU journalism professor, PressThink blogger and reliably opinionated go-to media pundit.

I couldn’t use all of his responses in the piece, but here they are in Q+A form:

You referred to Demand Media as "demonic." Have you softened on this? Do you still think what they are doing is evil?
Well, I was being provocative, of course. But I never meant it in the sense of "evil," although some feel that way. I primarily meant it in the sense of being demon-like … a demon is someone extremely focused, diligent and skillful, as in "Dylan is a demon at math." In that sense, Demand Media is demonic at assessing demand from the live web and producing "into" it, and of course in the sheer volume of stuff it makes daily.

Put another way, are content "farms" like Demand and Associated Content killing journalism?
No, I haven't said that — killing journalism — because so far they have not tried to enter the territory of news, or even news analysis and commentary, and they have zero interest in investigative work of any kind. Richard Rosenblatt has said he sees news as a loser.  Their word for what they are doing is "evergreens," and of course How-Tos. It overlaps with the features department of the newspaper, and so in that sense they are a factor. But that portion of daily journalism was commoditized a long time ago.

Did Yahoo's $100 million acquisition of Associated Content, or Demand Media's planned $1.5 billion IPO legitimize their business models? Does it give them validity?
As businesses they have always had validity in the sense that they make money for owners or are likely to. Although when people write about Demand Media they never seem to mention the domain name business they have, which is said to be huge. Did you know that they own a lot of those spammy sites you land on when you mistype the name of a commonly accessed site? Journalists are fascinated with the "threat" story, so they completely ignore this side of Demand's business.

Is there a middle ground? Can media companies that pay editors (competitively) learn from what these guys do?
Definitely. I think editorial companies can learn from how Demand Media determines what people are interested in now. They can then mix that knowledge with editorial judgment and use the results to help shape decision-making in a hybrid way that may be better than a mere algorithm on the one hand or "we know best" editing on the other.  News companies can also learn from the back end systems the content farms have that permit them to work efficiently with networks of contributors, and, for example, to instruct them well.

Will "social search" ultimately put content farms out of business?
That could happen, yes.  Not saying it will, but it could.  Other things could happen, as well. Google may decide that the content farms are not good for search because they flood the system with the minimum quality needed to obtain the search ranking. Google may decide to make available to any publisher good information from the live web about user interests — in other words, an algorithm similar to Demand Media's — in hopes that high quality producers will use it and compete with the farms.