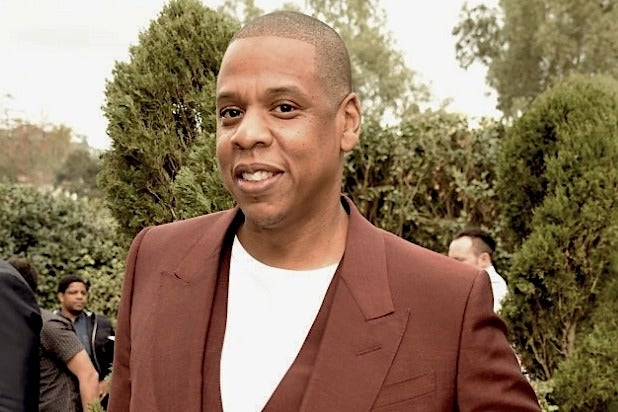 Jay-Z paid tribute to slain teen Trayvon Martin, saying “his name will sit alongside some of the greats who lost their life to push our culture forward.”

The music mogul joined Martin’s parents at the Sixth Annual Peace Walk & Peace Talk in Miami Gardens, Florida, on Saturday. Martin was shot and killed by George Zimmerman while walking through his father’s neighborhood, unarmed, six years ago. Zimmerman was acquitted on murder and manslaughter charges, and the event became a flashpoint for race relations.

“It’s very important, the support you guys are showing and the strength that Sabrina and Tracy and the family are showing,” Jay-Z said, referring to Martin’s parents. “And we want to make sure we stand in support and we never forget that Trayvon served as a beacon of light to all the people out there, so you guys would never have to go through the pain and hurt that these guys went through.”

Hundreds of marchers participated in the rally, which honors victims of gun violence and promotes the right to walk freely without being profiled, shot or killed.

“His name will sit alongside some of the greats who lost their life to push our culture forward,” Jay-Z added. “The Martin Luther Kings, the Ghandis, that’s the intention that we set, that his name serves as a beacon of light and hope to push us in a better direction.”

Valentine's Day: 10 Celebrity Couples We All Think Are #RelationshipGoals (Videos)

From Bey and Jay to Ellen and Portia

Russell Wilson and Ciara
Russell Wilson and Ciara are just plain adorable together. Although nothing in life is perfect, their relationship sure appears to be so. Just look at how crazy they are about each other. The football player has also taken on the role of Daddy Wilson to Ciara's baby Future and the two are expecting another child soon.
View In Gallery