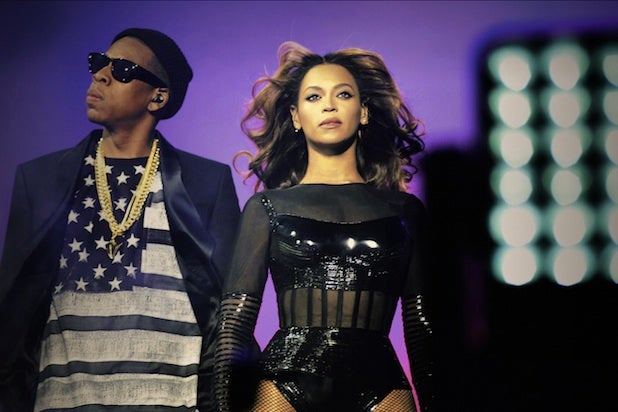 Yes, the rumors are true, and confirmed by the man himself.

In a feature in the New York Times published on Wednesday, Jay-Z said that he and his wife Beyoncé were working on a joint album before she released “Lemonade.”

“We were using our art almost like a therapy session. And we started making music together,” the rapper said.

“And then the music she was making at that time was further along,” he continued. “So her album came out as opposed to the joint album that we were working on. There was never a point where it was like, ‘I’m making this album.’ I was right there the entire time.”

The Grammy winner went on to say that while listening to each other’s albums was “uncomfortable,” it ultimately helped their marriage.

“You know, most people walk away, and like divorce rate is like 50 percent or something ’cause most people can’t see themselves,” he said. “The hardest thing is seeing pain on someone’s face that you caused, and then having to deal with yourself.”

Jay-Z also discussed his strained relationship with Kanye West, who collaborated with him on “Watch the Throne,” and said hopefully this bump in their friendship will be something to laugh about later in life.

“There’s gonna be complications in the relationship that we have to get through,” he said, adding that there’s probably feelings of hurt on both sides. “I’m not a perfect human being by no stretch.”

“But [West is] a very compassionate person,” he said. “And a lot of times he get in trouble trying to help others. So I can identify with it. It’s just that there’s certain things that happened that’s not really acceptable to me. And we just need to speak about it. But there’s genuine love there.”

One of the biggest bombshells of Jay-Z’s “4:44” was in the track “Smile” was his mother Gloria Carter’s sexuality. He explained in the interview that it wasn’t something they talked about as a family growing up, “it just exist. It was there. Everyone knew.”

He added that recently, they started “having these beautiful conversations, and just really getting to know each other.”

“We were always good friends but now we’re really great friends. You know,” he said of his relationship with his mom. “And we were just talking as friends. And then she was sharing that she was in love. She can be herself [now]. She doesn’t have to hide for her kids or feel like she’s embarrassing her kids. It was a much different time then. [Now] she can just live her full life, her whole life, and be her.”