“The Old Man,” the new drama series starring Jeff Bridges, will premiere on FX this summer, the network announced Thursday.

The series will premiere June 16 at 10 p.m. ET/PT on FX with the first two episodes of its seven-episode season. The series will stream the following day on Hulu.

The series stars Bridges as Dan Chase, a disgraced CIA operative who has been living off the grid since his quick departure from the agency decades ago. When an assassin begins hunting him down, Chase learns that he must reconcile his past.

Based on the novel by Thomas Perry, the series also stars John Lithgow as Harold Harper, the FBI’s Assistant Director for Counterintelligence — who is also tasked with tracking down Chase once he’s forced out of hiding. Working alongside Harper is his protégé Angela Adams (Alia Shawkat) and CIA Special Agent Raymond Waters (E.J. Bonilla). 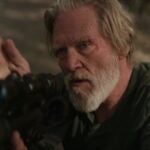 The series is produced by 20th Television in association with The Littlefield Company.