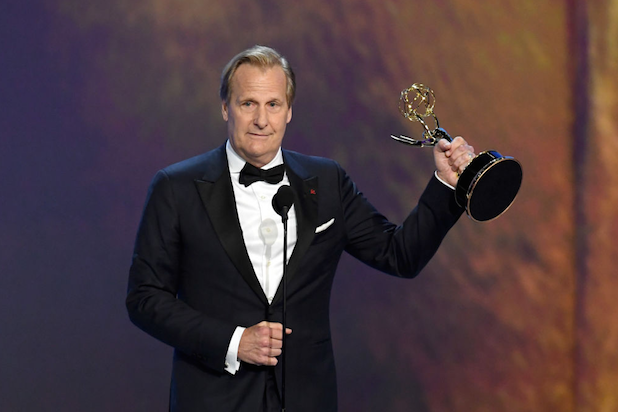 The project is written by “Richard Jewell” and “Captain Phillips” writer Billy Ray, and comes from Alex Kurtzman’s Secret Hideout and Shane Selerno’s The Story Factory. Filming begins in November on the four-part series, and could air on either CBS All Access or Showtime.

“Jeff is so perfect for this part. Great actor, instant integrity, loads of warmth, intelligence, complexity and gravitas,” Ray said. “We talked backstage after I saw him in ‘To Kill a Mockingbird’ on Broadway, and I knew I was looking at the only person who could play Jim Comey. Lucky for me, he said yes.”

The book, which was released in April 2018 by Flatiron Books, gets its title from president Donald Trump’s alleged desire for Comey to give him a loyalty pledge. Comey was first appointed FBI director by former president Barack Obama in 2013, and was fired by Trump less than a year into his presidency.

The book shares Comey’s never-before-told experiences from some of the highest-stakes situations of his career in the past two decades of American government, exploring what good, ethical leadership looks like, and how it drives sound decisions. His journey provides an unprecedented entry into the corridors of power, and a remarkable lesson in what makes an effective leader.

From prosecuting the Mafia and Martha Stewart to helping change the Bush administration’s policies on torture and electronic surveillance, overseeing the Hillary Clinton e-mail investigation as well as ties between the Trump campaign and Russia, Comey has been involved in some of the most consequential cases and policies of recent history.

Ray researched the project for over a year in order to make the drama a fair, responsible and comprehensively documented account of real-life events. He traveled to Washington, D.C. and several other cities to meet with Comey, his family, and many other key players, including prominent journalists, FBI agents, government officials from both political parties and others.