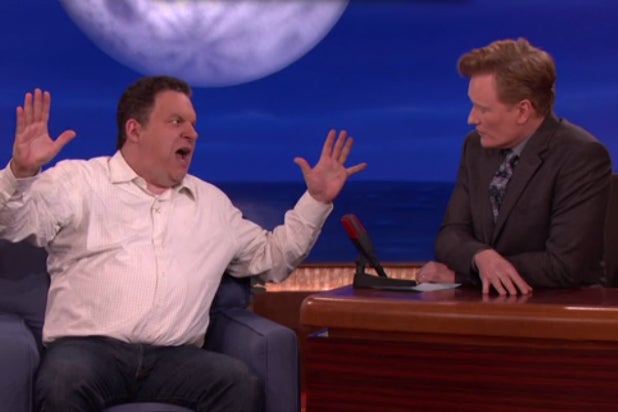 Jeff Garlin likes bad movies, but some films are so terrible that even he can’t stomach them — and this is a man with a considerable stomach.

The latest flick to upset “The Goldbergs” star was “Need for Speed,” which he tore apart on Monday’s “Conan.”

“This one was worse than I thought it even could be,” Garlin said. “It was so bad that I was in awe. I lasted maybe 20 minutes.”

Garlin also ripped the casting of sweet Aaron Paul in a tough guy role: “He’s this guy and we’re supposed to root for him, yet he’s driving cars 200 miles per hour through cities, other cars are crashing — people I know are dying!”