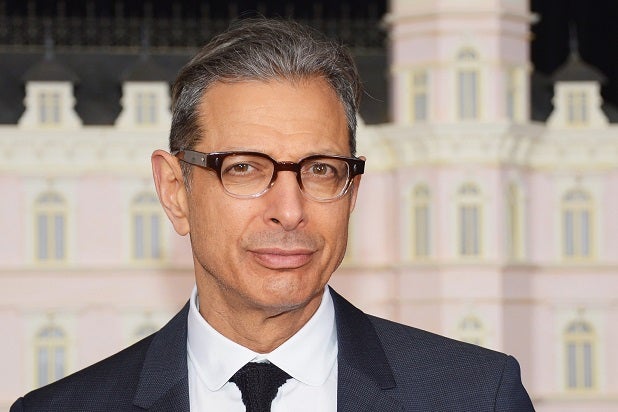 A Jeff Goldblum-led docuseries will be among the series available on Disney’s upcoming streaming platform Disney+, the company announced Thursday at its Investor Day presentation at its studio lot in Burbank, Calif.

Called “The World According to Jeff Goldblum,” the series comes from Disney-owned National Geographic. Per Disney: “Jeff pulls back the curtain on a seemingly familiar object to reveal a world of astonishing connections, fascinating science, and a whole lot of big ideas.”

Disney bought Nat Geo when it acquired 20th Century Fox’s film and TV assets. Also ordered from Nat Geo was another docuseries, “Magic of the Animal Kingdom,” which “takes viewers behind the scenes with the highly respected animal-care experts, veterinarians, and biologists at Disney’s Animal Kingdom and Epcot’s SeaBase aquarium.”

Also Read: Disney+ to Invest $1 Billion Into Original Content by 2020

The announcement comes along with several other series-orders from Disney-owned entertainment brands, including Disney, Pixar, Marvel and Star Wars. Disney+ launches in the U.S. on November 12, 2019, at a cost of $6.99 per month.

Goldblum’s show is one of  at least 25 original series that will be released on Disney+ in its first year, along with 10 original  films, documentaries and specials. Others include Marvel Studios’ “The Falcon and The Winter Soldier,” a live-action series starring Anthony Mackie as Falcon and Sebastian Stan reprising his role as Winter Soldier; Walt Disney Animation Studios’ “Into the Unknown: Making ‘Frozen 2'”; Pixar Animation Studios’ “Toy Story”-based animated short “Forky Asks a Question” and short film  “Lamp Life”; and Disney Television Animation’s “The Phineas and Ferb Movie.”