LaBar’s son, Sebastian LaBar, confirmed the news in an Instagram post Wednesday evening. Sebastian said, “So iI just got the call… @jefflabar , my father, my hero, my idol, passed away today. I’m currently at a loss for words. I love you pop! ❤️ if you could, please share pictures or video of all the fun times we all had with my dad. It would be greatly appreciated.”

LaBar’s first wife Gaile LaBar-Bernhardt told TMZ that LaBar was found dead in his Nashville apartment but didn’t specify a cause of death. TMZ reported that LaBar-Bernhardt went to check on LaBar because he had “one off the grid the past few days, with friends and family unable to reach him,” and then found him dead.

LaBar joined Cinderella in 1985, three years after the band was founded by lead vocalist Tom Keifer in Philadelphia. He was a key component in the band’s 1986 debut record “Night Songs,” which sold over 3 million copies and was certified triple platinum by 1991. 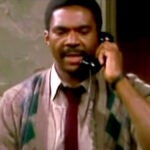 Within a year of releasing, “Night Songs” peaked at No. 3 on the Billboard Hot 100 charts — and to this day, it’s still cited as one of the best albums to come out of the hair metal era.

Cinderella cut their teeth opening for Jon Bon Jovi, who was on the same label at Mercury Records, and Van Halen lead singer David Lee Roth. The band’s biggest hit songs included s “Nobody’s Fool” and “Don’t Know What You Got (Till It’s Gone).”

Cinderella never officially broke up, but they stopped releasing new music by 1994. They’ve reunited a couple of times with LaBar, including in 2012 for a reunion tour with Poison and most recently in 2017. In the meantime, LaBar was in another band he co-founded called Naked Beggars and released “One For the Road,” a solo record he dropped in 2014.