Jeff Lowe, the owner of the Oklahoma private zoo once owned by Joe Exotic and, like Exotic, a subject of the Netflix documentary “Tiger King,” has been banned permanently from ever exhibiting animals again.

On Thursday, a federal judge in the Eastern District of Oklahoma ruled that Lowe and his wife Lauren, as well as their company Greater Wynwood Exotic Animal Park LLC, have violated the Endangered Species Act. The Lowes, Judge John F. Heil, III said in his ruling, possessed “ESA-protected animals that were illegally taken,” “violated the ESA by delivering, carrying and/or transporting” such animals, and broke the law by exhibiting those animals without a license.

You can read the decision, posted online by National Geographic, here. 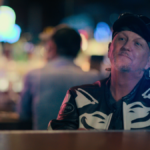 However, the ruling also brings an end to the civil court case filed against the Lowes by the Department of Justice last year. The Lowes were accused of violating the Animal Welfare Act and the Endangered Species Act; as part of Thursday’s ruling, all of those civil charges have been dropped.

“The DOJ had no option but to drop all charges against us,” an unrepentant Lowe said in a statement provided to National Geographic. “That’s what happens when the evidence doesn’t support the allegations. The DOJ was fed a pack of salacious lies to justify stealing my animals.”

In 2020, the Lowes were ordered to surrender all animals on-site to fellow “Tiger King” subject Carole Baskin’s Big Cat Rescue. And in May of this year, feds sized 68 animals being kept at the Wynwood Exotic Animal Park, with many of the animals showing signs of neglect; feds have seized from the Lowes a total of 146 animals, according to National Geographic.

What got them in trouble was that even after ceasing operations at the park, Lowe exhibited those animals online on services like cameo. Thursday’s ruling expressly says that such exhibitions without a license are also illegal. “If someone else were to try to exhibit online without a license, the USDA or DOJ could swiftly enforce and say, here is the precedent. It’s unequivocal. There is no loophole,” Delcianna Winders, director of the animal law program at Vermont Law School, told National Geographic.