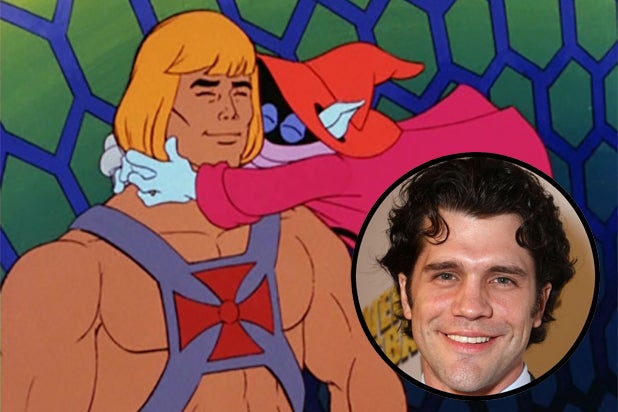 “Kick-Ass 2” director-writer Jeff Wadlow finished rewriting the script for “Masters of the Universe,” an adaptation of the classic ’80s cartoon and popular line of action figures.

‘The filmmaker, who previously wrote and directed “Cry_Wolf,” took the script over in April. According to Sony producer DeVon Franklin, he finished the draft at some point over the holidays.

“@JeffWadlow is working [24-7],” Franklin tweeted on Dec. 24. “We’ll have a draft into the studio for the holidays. By the power of Grayskull, this will happen!”

Whether it came by the power of Greyskull or the power of a dozens and dozens of hours in front of a laptop, the new “Masters of the Universe” script has evidently been completed.

A user called out the producer on Jan. 1. “@DeVonFranklin holidays have come and gone is the script in Devon? #MastersOfTheUniverse,” he tweeted.

But sure enough Franklin had Wadlow’s script in hand. He published a picture of the title page as proof:

Also read: Jeff Wadlow to Rewrite ‘Masters of the Universe’ Script for Sony

Michael Finch is listed as co-writer on the film, which doesn’t yet have a director, but will be produced by Franklin, Jason Blumenthal, Steve Tisch and Todd Black.

Set on Eternia, “Masters of the Universe” follows a blond warrior named Prince Adam, who turns into the heroic He-Man and battles a villain named Skeletor out to conquer Castle Grayskull. Toy maker Mattel is also involved with the movie, as its execs Julia Pistor and David Voss will executive produce on behalf of the company. Sony execs Hannah Minghella and Franklin will oversee the project for the studio.

SPE has endured a difficult holiday season, starting with the hacking of its network in November, subsequent threats against employees, leaked e-mails which embarrassed executives Michael Lynton and Amy Pascal, and even a public admonishment from President Barack Obama over the company’s initial decision to shelve James Franco and Seth Rogen’s controversial comedy “The Interview” in the wake of hackers’ threats of violence.

But in July, Franklin told TheWrap he enjoys being a part of the company. “The beauty of being at the company is that they’ve allowed me to be me,” he said. “I’ve added value to the company and the goal is to continue to have that value in as many ways as I can. It’s the type of move that’ll help me grow and be a great extension of what I’m doing here.”