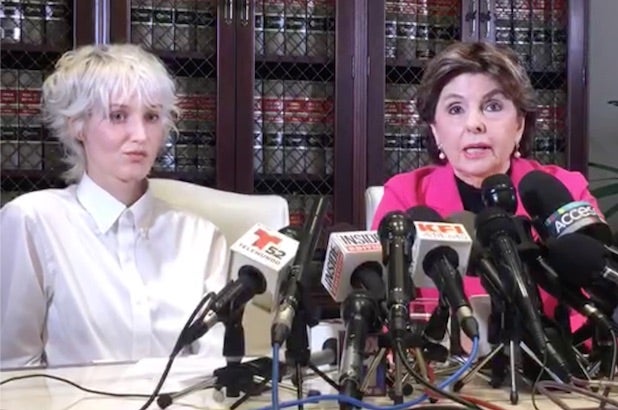 Another Jane Doe has come forward to accuse the late financier Jeffrey Epstein of sexually abusing her when she was 15 years old.

In a lawsuit filed in the Southern District of New York on Monday, Doe says she first met Epstein in early 2004 when she was in New York for a field trip with her high school. She was staying with her sister, who lived in New York and already knew Epstein. During the trip, the lawsuit states, she went to Epstein’s Manhattan townhouse and an unnamed “secretary” took photos of her and provided her with gifts like an iPod as a means of grooming Doe, who had “grown up poor.”

The suit says that Epstein and the woman’s assault caused “immense harm” to the plaintiff, one of at least three Epstein accusers to file suit against an estate valued at more than $577 million. Epstein died in August from an apparent suicide in a Manhattan federal jail awaiting trial on multiple sex trafficking charges.

“She tried to ignore and forget what had happened, but it was impossible. She felt ashamed, humiliated, scared, and frightened. She began to hurt herself through substance abuse,” the lawsuit states. “She later realized that, although she did not realize it at the time, Epstein’s predatory behavior left her feeling that she had no value, that a powerful man could do anything he wanted to her.”

Lawyers for Epstein’s estate did not immediately respond to a request for comment.

At a press conference on Monday morning, Doe — now 31 years old — said she has come forward with her case in an attempt to “to take back some of the power that I lost as a victim of Jeffrey Epstein’s crimes. I’m here today to ask that when you hear about more of the crimes he had committed against me and other victims, that you don’t stop at feeling sorry or bad for us, but that you feel angry,” Doe said. “Jeffrey Epstein was only a small part of an insidious system of privilege that exploits children as sexual commodities and robs them of their youth.”

Also Read: Prince Andrew 'Knows the Truth' About What He Did to Me, Says Accuser in Jeffrey Epstein Sex Trafficking Ring

Doe and Gloria Allred, Doe’s attorney, also called on Great Britain’s Prince Andrew — who has repeatedly denied accusations of sexual relations with Epstein’s victims — to voluntarily speak with U.S. authorities and share any information he may have about Epstein and his behavior toward women.

“Just because Epstein is dead does not mean that others around him don’t deserve their day in court as well,” Doe said.