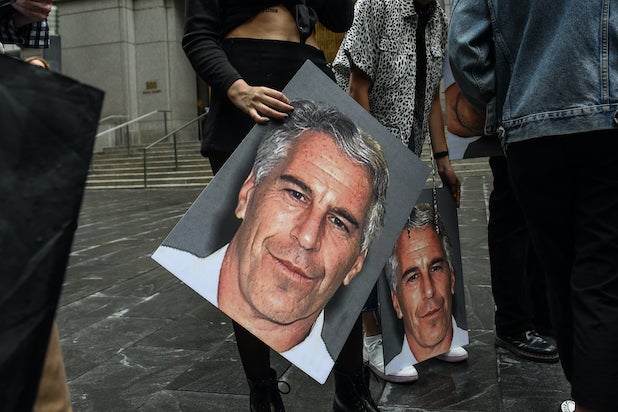 Another woman has come forward to sue the estate of the late Jeffrey Epstein, saying in a Wednesday lawsuit that the convicted sex offender and financier sexually abused her for one and a half years, beginning when she was an 18-year-old aspiring singer and model in New York.

According to the lawsuit, the sexual assault and battery took place at Epstein’s New York home under the guise of massage sessions. The young woman — listed as Jane Doe 1001 in the lawsuit — and her friend were approached by a woman who said they could get $300 for giving a man a massage. But during the massage, according to the suit, Epstein “demanded that the girls take their clothes off” and began masturbating. He then instructed the young woman’s friend to leave him and the young woman alone in the room, then proceeded to sexually assault the young woman, the suit said.

After that first interaction, Epstein’s sexual abuse of the young woman continued for about one and a half years, according to the lawsuit.

Also Read: Jeffrey Epstein Told Ghislaine Maxwell to Stop Acting Like an 'Escaping Convict' After She Was Accused of Being His Madam

“Epstein made very clear to Jane Doe 1001 that he was incredibly wealthy, powerful, and regularly in contact with world leaders,” the lawsuit said. “During the massages, Epstein would talk about his connections to a former president, Victoria’s Secret, Wilhelmina Models, and famous singers, knowing that Jane Doe 1001 was an aspiring singer and model.”

“Epstein was not to be disobeyed and he made clear by his words and actions that there would be consequences if Jane Doe 1001 did not comply with his demands,” the lawsuit continued. “She knew that reporting what had happened to her while Epstein was alive would have had severe consequences with regards to her physical safety, her family, and her career. She knew that she could not come forward until Epstein was dead.”

The lawsuit, which is seeking damages to be determined through a jury trial, also named Lesley Groff, an assistant to Epstein, and “another woman with an accent” as some of Epstein’s associates who called the young woman to “arrange for her to return to the New York mansion.”

“Jane Doe 1001 felt extremely threatened by Epstein and was terrified of what would happen to her if she failed to comply with Epstein’s demands so she followed the directions of Epstein’s employees and arrived at the mansion when directed to do so,” the suit said.

In a statement sent to TheWrap, Groff’s attorney Michael Bachner denied that Groff had engaged in any misconduct when she worked for Epstein.

“As an executive assistant to Epstein, Lesley worked as part of a professional staff that included in-house attorneys, accountants, an office manager and other office staff. Lesley’s job included making appointments for Mr. Epstein as directed by him, taking his messages, and setting up high-level meetings with CEOs, business executives, scientists, politicians and celebrities. At no time during Lesley’s employment with Epstein did she ever engage in any misconduct,” Bachner said.

An attorney representing Epstein’s estate did not immediately respond to TheWrap’s request for comment.

Epstein died by suicide last year while awaiting his trial for federal sex trafficking charges. His associate Ghislaine Maxwell was arrested last month and is in custody awaiting trial for charges that she conspired with Epstein to recruit, groom and sexually abuse minors. Maxwell has pleaded not guilty.