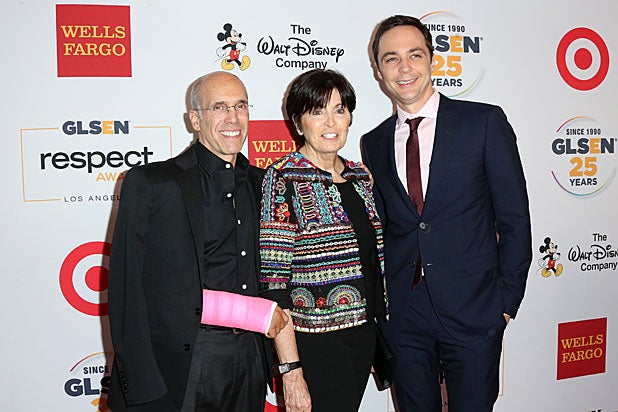 Jeffrey Katzenberg, the DreamWorks Animation CEO, is recovering from a life-threatening car accident that landed him in the hospital for three days, an individual with knowledge of his situation told TheWrap.

Katzenberg was driving his Tesla on Sunset Boulevard in Beverly Hills at 7:30 am after the light turned green when another car cut across Sunset and crashed into the Hollywood mogul.

The car was “totaled,” according to the individual, adding that it was a “miracle” that Katzenberg walked away with his right wrist and arm shattered and nothing further. The other car is believed to be at fault, apparently having not seen the Tesla.

The injuries required four hours of surgery and three days stay in Cedars-Sinai Hospital in Los Angeles. Katzenberg was released late last week and appeared at a charity benefit on Friday

The accident reportedly happened on Oct. 19, but was not revealed until Monday.

Elsewhere Katzenberg thanked Tesla founder Elon Musk for saving his life, but the individual said the comment was not meant literally.

A spokesman for DreamWorks Animation could not immediately be reached for comment.

A look at the top 10 entertainment industry political donors in 2013 — and how much they've given.