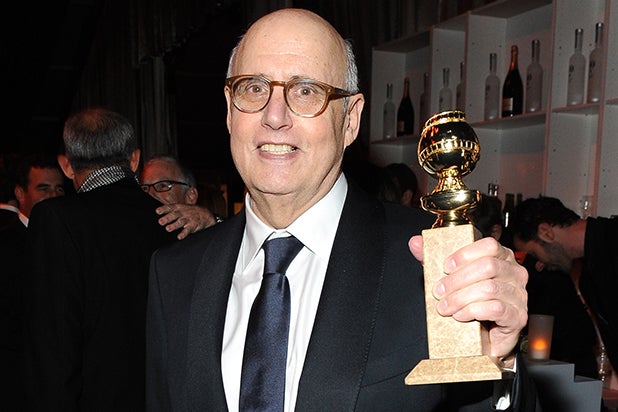 Fresh off his Golden Globe Award win for Amazon series “Transparent,” Jeffrey Tambor has locked up his next gig and will join Ben Affleck in thriller “The Accountant,” an individual with knowledge of the project told TheWrap.

Affleck plays a mild-mannered accountant who moonlights as an assassin in the Gavin O’Connor thriller. JK Simmons, Jon Bernthal and Anna Kendrick are also part of the cast. Tambor has signed on to play Affleck’s character’s mentor in the Warner Bros. film.

Lynette Howell and Mark Williams are producing “The Accountant,” which Warner Bros. executives Drew Crevello and Jon Gonda will oversee on behalf of the studio.

Bill Dubuque wrote the script, which was voted to the 2011 Black List, and production is scheduled to start this month.

Tambor won the Best Actor in a TV Series, Musical or Comedy category at the 2015 Golden Globes on Sunday for his role as a transgender father in Jill Solloway’s “Transparent,” which also took home the statue for Best TV Series Musical or Comedy. Prior to that he was most known for his role on “Arrested Development,” which made a return with new episodes via Netflix in 2013.

He is represented by Gersh and the Burstein Company.