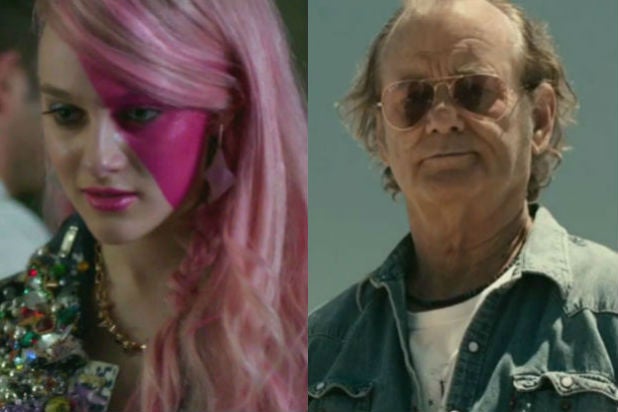 “Jem and the Holograms” and Bill Murray‘s “Rock the Kasbah” broke box office records this weekend, but not the kind any studio would brag about.

Both debuts can now be counted among the worst performances ever recorded for a wide release’s opening weekend. Universal’s “Jem and the Holograms,” a live action adaptation of the 1980’s cartoon series of the same name, grossed only $1.3 million, while Open Road’s “Rock the Kasbah” scored only $1.5 million.

According to Box Office Mojo, those figures put both in top five worst opening weekends ever recorded for films released in more than 2,000 theaters. “Jem” ranks fourth, while Murray’s rock comedy is fifth. At least they did better than “Oogieloves In The BIG Balloon Adventure” and “Delgo,” which are first and second, respectively, on the unflattering chart.

Jon M. Chu, who directed “Jem and the Holograms,” acknowledged the film’s low box office performance during his keynote address to the Film Independent Forum in LA on Saturday.

“So, this is a bit awkward only because I’m supposed to be here this morning talking about how great it is to be in the movie business. It’s so awesome, but currently, I don’t know if you’ve looked at box office numbers, this morning specifically, it hasn’t been the greatest,” Chu said. “So you might get some real shit today.”

To be fair, both films had lower budgets than other wide releases this weekend, like “Steve Jobs” and “The Last Witch Hunter.” “Jem” cost only $5 million, while “Kasbah” was made for $15 million.

In addition, box office totals were down across the board. Overall, the box office took a 10 percent dive from last year’s comparable year.