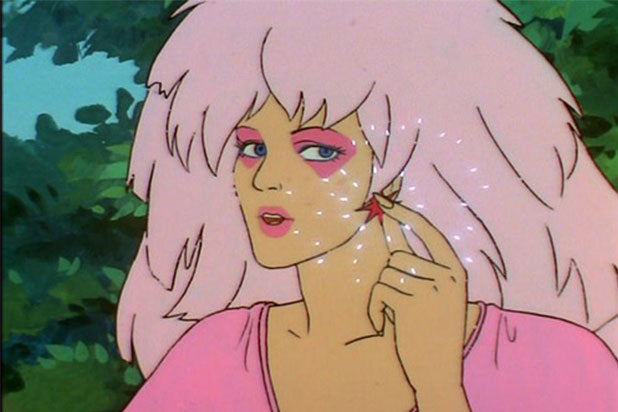 The new trailer for “Jem and the Holograms” has sparked outrage on social media, as fans of the original animated series think it’s a pure “disappointment” and “nothing like the cartoon.”

Jon M. Chu‘s live action remake of popular 80s’ cartoon “Jem” was released on May 12. Since then, original “Jem” fanatics have ripped it to shreds on Twitter.

“You turned the story of a powerful woman CEO into a tween Hanna Montana knockoff,” one fan tweeted.

Also Read: 'Jem and the Holograms' First Trailer: Perils of Fame Gets a Ke$ha Makeover (Video)

That was just the beginning.

“Looks like someone got #PrettyLittleLiars drunk on hard gummy bears then punched it in the face,” another Twitter user posted.

The remake, scheduled for release October 23, will be distributed by Universal Pictures. Juliette Lewis and Ryan Guzman also round out the cast.

See below for some of the comments on social media.

That “Jem and the Holograms” trailer looks more like “Avril Lavigne and the Kohl’s Discount.”

If Camp Rock and Hannah Montana had a baby if would be named #JemTheMovie. — Jenifer Daniels, APR (@jentrification) May 13, 2015

It would have been wiser to make Jem a made for disney channel movie. It looks cheap, silly and embarrassing.

Watched #JemTheMovie trailer. What the heck did they do?!? So not excited about this movie now! Nothing like the cartoon @BlackGirlNerds — Andria Chappell (@DivaAndriaC) May 13, 2015

Between #TheForceAwakens @Lupita_Nyongo treatment and that abysmal #JemTheMovie trailer, I’m disappointed in movies this week.

You had one job #JemTheMovie one job! And you failed!

@2min4roughing I’m convinced that the awful #JemTheMovie is just a sinister scheme by the Misfits to discredit Jem & the Holograms. – PennyDeLuxe (@pennyddreadful) May 13, 2015

Dear #JemTheMovie – you turned the story of a powerful woman CEO into a tween Hanna Montana knockoff. I wonder if anyone ever told you no.

The casting is horrible, the hair is horrible. Jem had an edge, let me fix that for you.#JemTheMovie @jemthemovie pic.twitter.com/cYn6Bfb8eb – Rachel Stewart (@RStewartJewelry) May 13, 2015

So is @jonmchu going to apologize for this mess or nah? #JemTheMovie

Only thing Truly Outrageous about #JemTheMovie is that it’s not Jem. At least Michael Bay remembered Transformers had transforming robots. – Chris (@nomadicism) May 13, 2015

Why is #JemTheMovie all teen angst & realism & not the campy, fashion doll meets sci-fi superhero film it should be? https://t.co/xJdpjpJHx6

So, basically they turned #JemTheMovie into “Sisterhood of the Traveling Skinny Jeans”? Wow. Makes you appreciate “The Smurfs”. – just d&e (@dvnix) May 13, 2015

In case you haven’t seen the controversial trailer, watch it below. You can also check out the original theme song below.