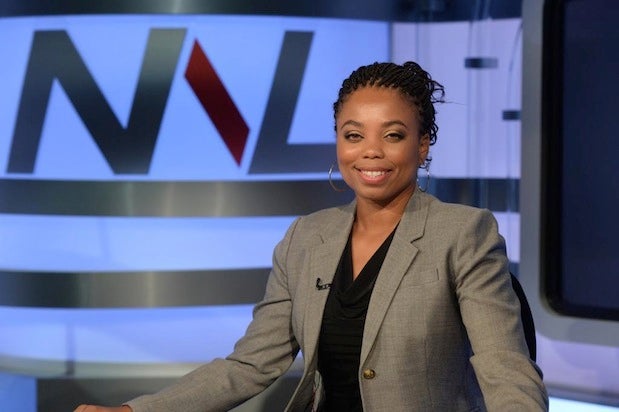 Jemele Hill is opening up about what she is calling “the craziest week of my career” in a Wednesday essay for The Undefeated, sharing behind-the-scenes details from when her tweets that called out Donald Trump for being a “white supremacist” exploded into a national story.

Hill wrote in the piece that she felt disappointed in herself for letting down her colleagues and her boss, not having felt so ashamed since her grandmother caught her stealing beers when she was 11. She said it was a harsh narrative that came out, “indicative of just how complex things get for people in OUR position — especially if you’re a woman and a person of color.”

It’s a “challenging time in our country’s history,” she wrote, adding that she  simplycan’t ignore “the tone and behavior of this presidential administration.”

The ESPN host didn’t hold back: “I certainly can’t pretend that racism and white supremacy aren’t real and that marginalized people don’t feel threatened and vulnerable, myself included, on a daily basis… When do my duties to the job end and my rights as a person begin?”

Hill, a sports journalist, said she didn’t have a solution. “I honestly don’t know the answer to that.”

Hill touched on issues that are consuming the news cycle this week — the NFL protests and Trump’s rescinding his invitation to the Golden State Warriors to visit the White House. Given that subject matter, the tone of the piece remained  relatively light, offering subtle commentary on Kevin Durant’s recent Twitter fiasco of his own.

“Still, Twitter wasn’t the place to vent my frustrations because, fair or not, people can’t or won’t separate who I am on Twitter from the person who co-hosts the 6 p.m. SportsCenter,” she said in the essay. “Twitter also isn’t a great place to have nuanced, complicated discussions, especially when it involves race. Warriors player Kevin Durant and I probably need to take some classes about how to exercise better self-control on Twitter. Lesson learned.”

Hill concluded by saying her criticisms of Trump were never supposed to be about politics, but “were about right and wrong.” She added that “the intersection of sports and politics is the most pronounced we’ve seen in decades,” and urged readers not to forget prominent figures like Jesse Owens, Muhammed Ali and Jackie Robinson, who “only became beloved icons once history proved them to be right.”

Hill reflected once more on her grandmother’s lesson after stealing those beers many years ago: “Be better. No matter what.”