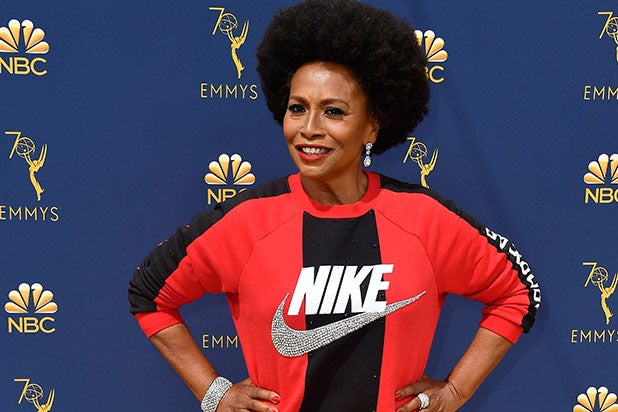 “I am wearing Nike to applaud them for supporting Colin Kaepernick and his protest against racial injustice and police brutality,” Lewis told Variety.

Lewis arrived at the gold carpet at the Microsoft Theater in Los Angeles on Monday night wearing a Nike sweatshirt with a bedazzled swoosh, leggings and black and white shoes. Lewis added, “What can I do? What can I do that’s meaningful? I’ll wear Nike. I’ll wear Nike to say thank you. Thank you for leading the resistance! We need more corporate America to stand up also.”

Nike unveiled the new “Just Do It” campaign over Labor Day weekend, tied to its 30th anniversary. Since Sept. 3, Nike was mentioned in more than 1.7 million social media posts globally, Kantar Media found. As the debate over the ad grew, that figure rose to almost 4 million daily — seven times more mentions than Nike would experience on a typical day, Kantar said.

Kaepernick gained notoriety in 2016 when he began kneeling during the national anthem before NFL games to raise awareness and protest racial inequality in America, and the shooting deaths of unarmed black men, women and children by police officers. After playing for the 49ers that season, Kaepernick has yet to be signed by another team.