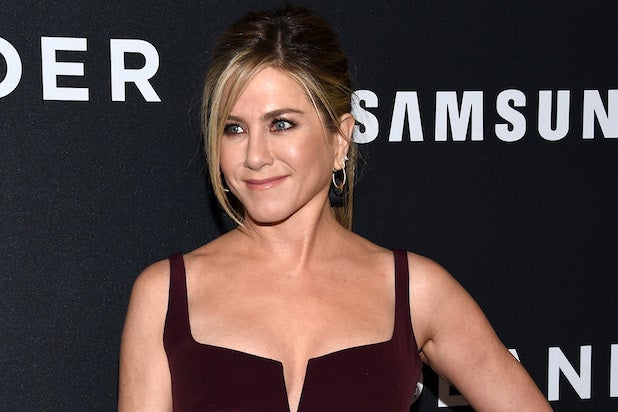 Don’t worry, Jennifer Aniston’s nipples; she’ll be there for you.

Former “Friends” star Aniston opened up about a number of topics in an interview published by Vogue this week, including two prominent featured players on the sitcom — Jennifer Aniston’s Left Nipple and Jennifer Aniston’s Right Nipple.

“Someone recently called you the OG of #FreeTheNipple because of how often [Aniston’s ‘Friends’ character] Rachel’s nipples showed through her outfits,” writer Kathryn Branch told Aniston at one point in the interview.

While Aniston had no clear answer for why her nipples so frequently sought the spotlight on the beloved sitcom, she clearly stood proud to be at the forefront of the nipple-freeing movement.

During the interview, Aniston — who last July wrote an op-ed for Huffington Post condemning the tabloids’ obsession with whether she would reproduce or not — also opined that the tabloids’ coverage of women’s bodies hasn’t improved significantly in the year-plus since she wrote the piece.

“I don’t think it’s getting much better. I think the problem is the tabloids and the gossip columns taking the human body and putting it in a category. They’re either fat-shaming, or body-shaming, or childless-shaming. It’s a weird obsession that people have and I don’t understand exactly why they need to take people who are out there to entertain you, and rip them apart and bully them?” Aniston said.

“Why are we teaching young women this? It’s incredibly damaging. I was finally like, This has just got to stop! I couldn’t hear this narrative anymore about being pregnant or not pregnant; you have no idea what is going on personally in our lives and why that is or is not happening and it feels.”

She added, “In my own brain, I’ve shifted my perspective, so who gives a sh-t! If you’re going to walk out and have your nipples showing, or your belly is a little bloated, or you’re not at the weight you want to be — you are perfect no matter what you are and no matter where you are and who cares!”