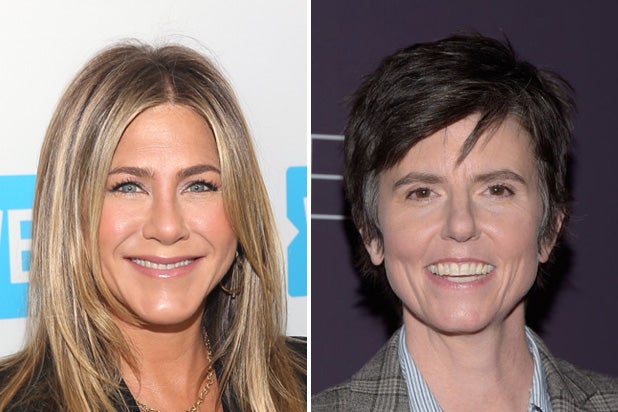 Jennifer Aniston and Tig Notaro are moving into the White House.

The actress and comic will topline the Netflix original film “First Ladies,” a political comedy about a female president (Aniston) and her same-sex first lady (Notaro).

Based on a pitch from Notaro and Stephanie Allynne, the film follows characters Beverly and Kasey Nicholson. The women take the highest office in the land and “prove that behind every great woman … is another great woman,” a synopsis said.

Production timing is unclear, as streaming darling Aniston will shoot an Apple original streaming series this fall with Reese Witherspoon.

Oscar winner Adam McKay, Will Ferrell, Jessica Elbaum and Betsy Koch are producing the project for Gloria Sanchez Productions, along with Notaro and Allynne. Chris Henchy will executive produce.

Notaro is repped by ICM Partners and Integral Entertainment, Allynne by Gersh and Rise. Aniston is repped by CAA and Lighthouse Management.