Former “NCIS” star Jennifer Esposito has opened up on social media about her rough encounters with casting directors, saying that over the past month she’s lost five roles for not being “white enough.”

“Have a question for my actor friends,” she began in a Facebook post. “Ever get totally blocked by casting directors?”

In replies to comments, the Italian-American actress grumbled, “Not getting a job is one thing, but not even being allowed in a room to have an opportunity is another.”

Esposito, whose big break came in 1997 when she joined the cast of the Michael J. Fox sitcom “Spin City” for two seasons, added, “Isn’t it their job ito [sic] bring you in to at least give you a chance to read before someone says you’re not right!?. As you said especially people in the business for years and years.”

She went on to recall that when she was starting as an actress, she was cast in a play opposite Marisa Tomei. Esposito remembers Tomei telling her to change her last name. In hindsight, she said she thinks Tomei was “10000% right,” as she has struggled to even get in the door recently.

“In the last month I was told I was not white enough for 5 different projects. How is this still going on or allowed?” Esposito lamented. “Just not okay.”

Read Esposito’s comments about her casting room troubles below. 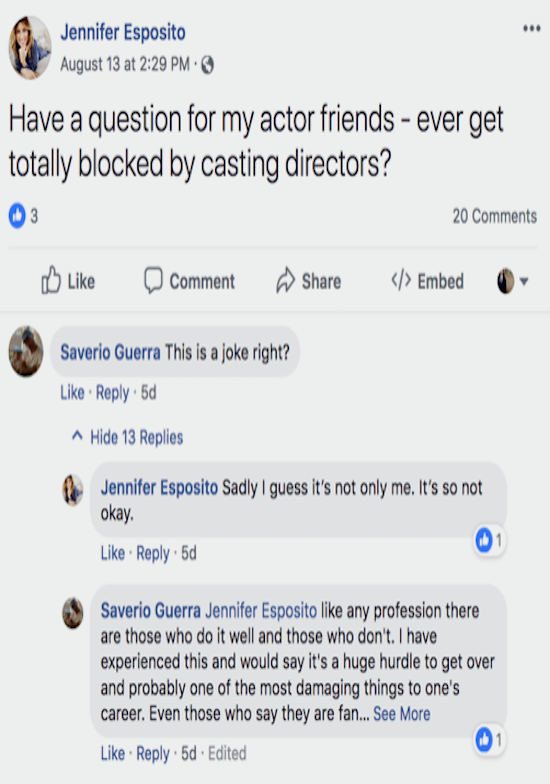 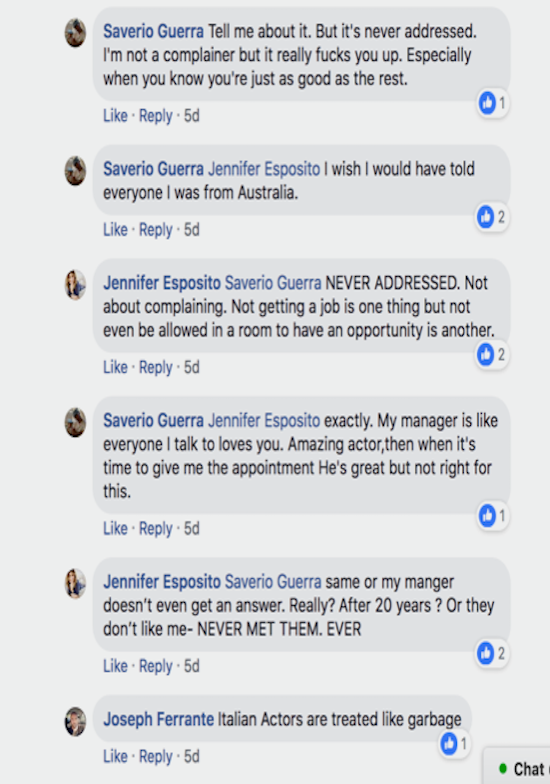 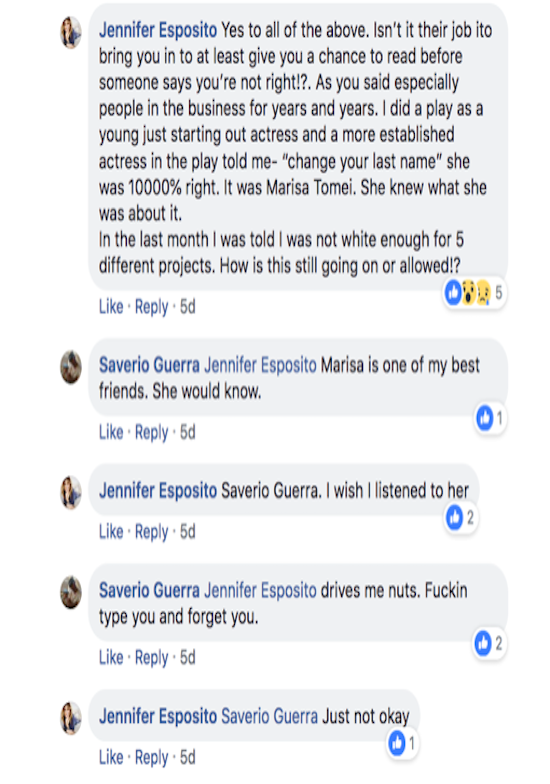