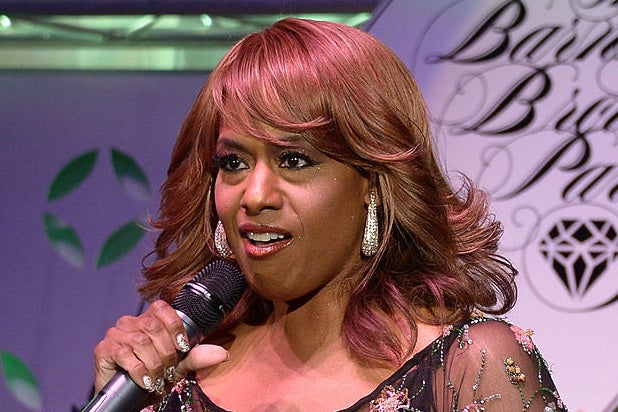 Tony- and Grammy-winning actress/singer Jennifer Holliday came under fire on Friday after it was announced that she would perform at a concert as part of Donald Trump’s inauguration next week.

“I know times are hard but damn that can’t be THAT hard. So disappointed in you,” a fan named Chanel wrote on Twitter.

“Unless Jennifer Holliday is going to commandeer Trump’s inauguration with a rendition of ‘And I Am Telling You Obama’s Not Going,’ keep it,” another added.

Holliday was announced along with Toby Keith, 3 Doors Down, Lee Greenwood and other entertainers as performers in a Jan. 19 event at the Lincoln Memorial dubbed “Make America Great Again! Welcome Celebration.”

The president-elect’s team may have jumped the gun with the announcement. Holliday’s publicist, Bill Carpenter, told TheWrap, “Jennifer has been asked to perform but she hasn’t officially agreed to do so yet.”

Many fans were surprised by the inclusion of Holliday, best known as the original Effie White in Broadway’s original production of “Dreamgirls,” who has been a darling of the Broadway and LGBT communities for decades.

The actress recently completed a run in the Broadway revival of the musical “The Color Purple.”

See some of the online reaction below.

I know times are hard but damn that can't be THAT hard. So disappointed in you#JenniferHolliday

Jennifer Holliday was just set up with the best chance ever to reply, "And I'm telling you….I'm not going." And she didn't take it.

Re: the latest Trump-enabling celebs: I've never cared about Nicole Kidman one way or the other but I'm heartbroken about Jennifer Holliday.

Unless Jennifer Holliday is going to commandeer Trump's inauguration with a rendition of "And I Am Telling You Obama's Not Going," keep it.

Uh, is #jenniferholliday really performing at the #inauguration, or are we in an alternate universe, & Bizarro Jennifer is singing??

When you hear that Jennifer Holliday will be performing at the inauguration pic.twitter.com/HbfDeiBjTn

Does Jennifer Holliday know her audience? Asking for the gays.