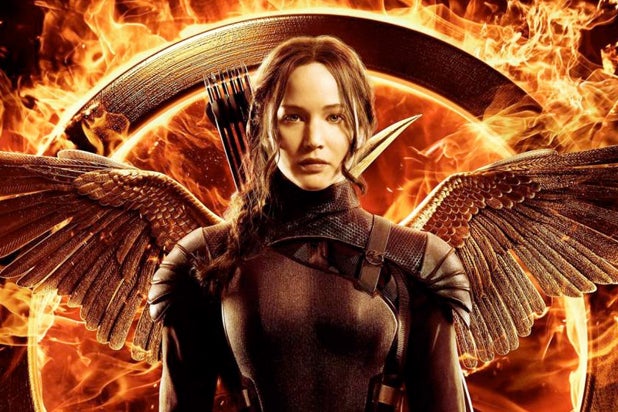 Katniss Everdeen is once again the girl on fire on the newest poster released to promote “The Hunger Games: Mockingjay Part 1,” out this November. Jennifer Lawrence is seen wearing that all-black combat suit we’ve seen in previous stills and trailers as “Mockingjay” takes her character and her allies into full-blown war.

After being the reluctant symbol of the revolution in the first two films, Lawrence’s Katniss now finds herself having to actually lead the rebellion against the shadowy Capitol, led this time around by Julianne Moore‘s President Coin.