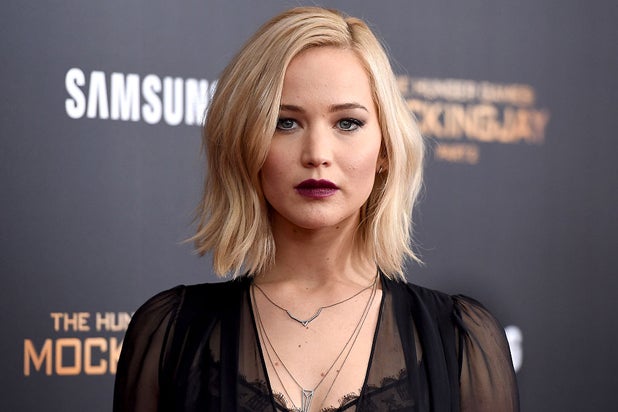 Watch out, white nationalists: Jennifer Lawrence is on your trail.

“Hunger Games” star Lawrence took to Facebook on Monday to urge her followers to identify protesters who descended on Charlottesville, Virginia, over the weekend.

In a post Monday morning, Lawrence posted a photo of some of the protesters and asked fans to identify anyone that they might recognize.

“These are the faces of hate,” Lawrence wrote in a caption accompanying a photo of multiple protesters bearing tiki torches and throwing a Nazi salute.”Look closely and post anyone you find. You can’t hide with the internet you pathetic cowards!”

Protests over the planned removal of a statue of Confederate general Robert E. Lee turned violent over the weekend, when the protesters clashed with counter-protesters.

The violence culminated in a deadly vehicular incident involving multiple cars, one of which plowed into a crowd of counter-protesters. As the day wore on there were three reported deaths, and many more injuries.

The chaos prompted Virginia governor Terry McAuliffe to declare a state of emergency.