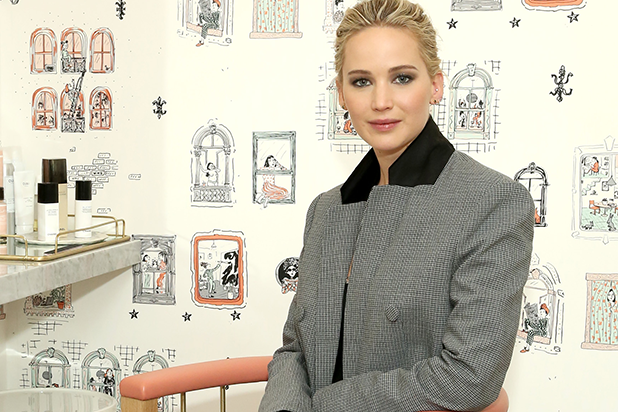 Jennifer Lawrence isn’t sure about talking to Ryan Seacrest on the Oscars’ red carpet.

“I can’t imagine him being sexual. I don’t know about the Ryan Seacrest thing,” she told Howard Stern in an interview this week. “I think it is scary. He has not been to trial for anything. I am not a judge. I am not a jury. I don’t know … that is where this stuff gets tricky.”

She noted other problems with E!, like how mean the “Fashion Police” hosts could get and Catt Sadler’s unequal pay.

“Umm, I don’t know,” she said. “I mean, there is a lot to think about with E!, you know? I have always had a problem with the ‘Fashion Police.’ I don’t have a problem with talking about what women are wearing. There was a time they were… they were just mean about people’s bodies, things you shouldn’t say.”

“They aren’t bringing another co-star up,” she said. “I have noticed that they keep cycling these women and I am going… is that so you don’t have to pay another woman equally to Jason [Kennedy]? Is this just a way to still maintain that you are not paying women equally?”

On the Seacrest front, Lawrence added that she doesn’t necessarily have a problem with avoiding journalists on the red carpet.

After E! News’ investigation into harassment allegations against him found “insufficient evidence,” Seacrest was back in the news this week when his accuser Suzie Hardy revealed previously unknown details of the alleged harassment on Monday.

E! has stood by the results of its investigation, and Seacrest has continued to deny the claims. Hardy said on Tuesday that the idea Seacrest was absolved of wrongdoing was a “false narrative.“