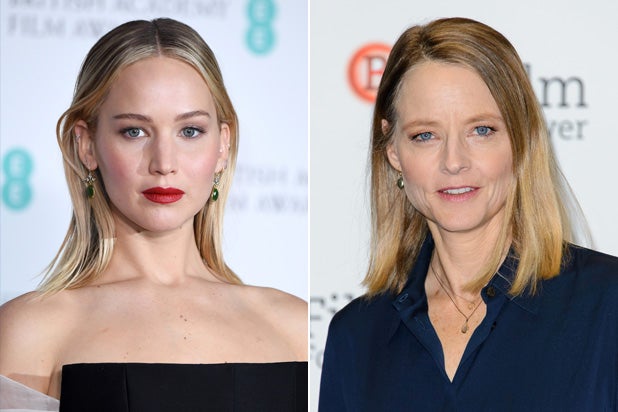 Jennifer Lawrence and Jodie Foster will present the award for Best Actress at this Sunday’s Academy Awards.

The two former Best Actress winners have been recruited to step in for Casey Affleck, who abdicated himself of the responsibility earlier this year as Hollywood’s awards season came under the pressure of the #MeToo movement. TheWrap confirmed the news after Variety broke it.

Tradition dictates the previous year’s Best Actor winner present the award for Best Actress at the Oscars, and vice versa. But the “Manchester By the Sea” star faced heavy scrutiny last year when a sexual harassment lawsuit from 2010 was resurfaced in the heat of the campaign — scrutiny which only intensified following the revelations about Harvey Weinstein and the subsequent sea-change in Hollywood regarding sexual harassment and assault.

In 2010, Affleck was served with a lawsuit by Amanda White and Magdalena Gorka, the producer and cinematographer who worked with him on the movie “I’m Still Here.” The two women outlined several instances of “uninvited and unwelcome sexual advances” during filming, which Affleck denied. The lawsuits were later settled out of court.

It was announced in January that Affleck would not present or attend the ceremony in any capacity. The stated reasoning at the time was to avoid being a distraction from the ceremony.

In his place, Lawrence and Foster will present the lead actress award, with Jane Fonda and Helen Mirren presenting the award for lead actor.