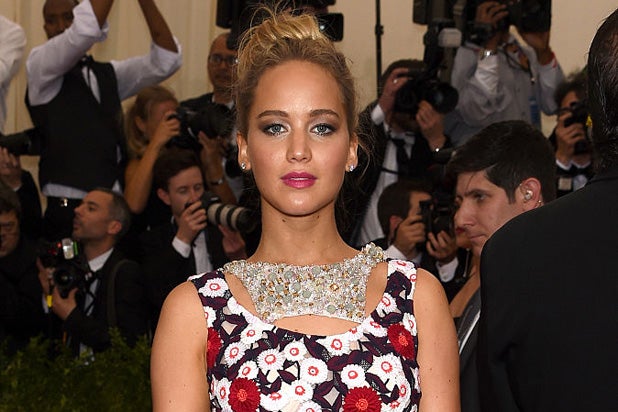 Jennifer Lawrence has a message for the world — and, seemingly, Donald Trump — following the deadly unrest in Charlottesville, Virginia, over the weekend: Fence-sitting isn’t the way to go.

The “Hunger Games” star took to Facebook on Wednesday — a day after President Trump angered many by declaring that there were bad people “on both sides” in the Charlottesville conflict — to share a quote from writer and Holocaust survivor Elie Wiesel.

“I swore never to be silent whenever and wherever human beings endure suffering and humiliation. We must always take sides. Neutrality helps the oppressor, never the victim. Silence encourages the tormentor, never the tormented,” the quote reads. “Sometimes we must interfere. When human lives are endangered, when human dignity is in jeopardy, national borders and sensitivities become irrelevant. Wherever men and women are persecuted because of their race, religion, or political views, that place must — at that moment — become the center of the universe.”

The sentiment was a stark contrast to comments made by President Trump on Tuesday, in which he declared, “There is blame on both sides.”

Violent unrest broke out in Charlottesville after white nationalists descended on the city to protest the planned removal of a statue of Confederate General Robert E. Lee. Police evacuated crowds from Emancipation Park, where a rally was to be held at noon, after the white nationalists faced off with counter-protesters. Virginia governor Terry McAuliffe was prompted to declare a state of emergency.

The violence culminated in a multi-vehicle incident during which a car plowed into a crowd of counter-protesters. One person was reported dead and 19 injured. More than 30 were hurt in total as a result of events at the rally. Two Virginia State Police troopers were also killed when a police helicopter assisting with the melee crashed outside of Charlottesville. The incident is under investigation but police say that foul play is not suspected.

On Monday, Lawrence encouraged her Facebook followers to identify protesters who descended on Charlottesville over the weekend.

In a post Monday morning, Lawrence posted a photo of some of the protesters and asked fans to identify anyone that they might recognize.

“These are the faces of hate,” Lawrence wrote in a caption accompanying a photo of multiple protesters bearing tiki torches and throwing a Nazi salute.”Look closely and post anyone you find. You can’t hide with the internet you pathetic cowards!”