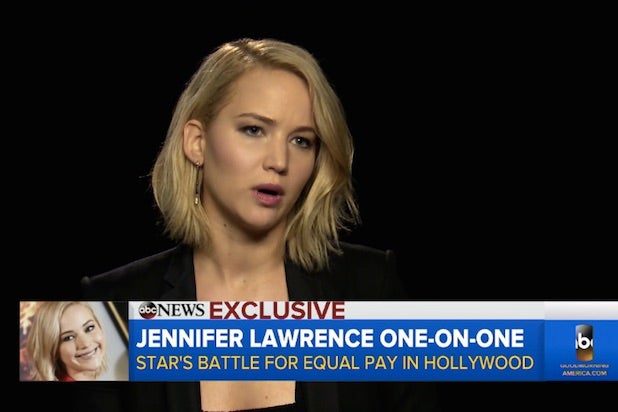 Jennifer Lawrence opened up to Diane Sawyer on Thursday about her life after “Hunger Games,” as well as well as her activism around Hollywood’s gender pay gap.

“Being 24 was just this whole year of who am I without these movies, who am I without this man?” Lawrence said about being introspective the year after she concluded shooting the Hunger Games trilogy while simultaneously ending a five-year relationship.

“These movies have been my life for so long and they had to come first in everything,” she said.

Lawrence revealed she doesn’t feel the need to get married but definitely wants to be a mother. “I’m Ok with that, I don’t feel like I need anything to complete me, I don’t really plan on getting married.”

“I know I’ve always carried a habit of submissiveness with the idea of that makes me more likable,” she said, adding that it’s time for change.

“We can ask for the same exact thing that men do and face the reality that we do get judged more — it’s just intrinsic and I would love to see change.”

Watch the video  below.