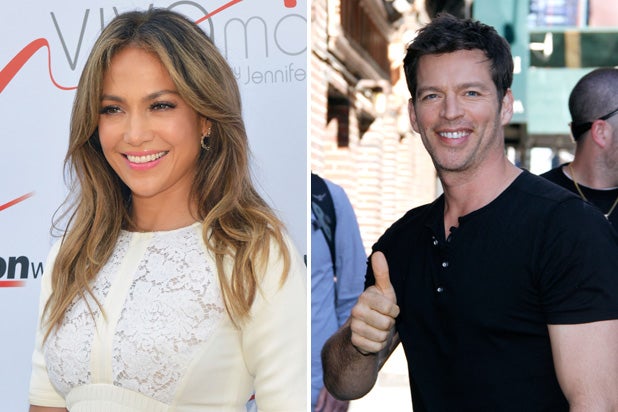 In one of the worst kept secrets in television, Fox confirmed on Tuesday that Jennifer Lopez and Harry Connick Jr. will be judges on the next season of “American Idol” along with previously announced returning judge Keith Urban.

In addition, the network confirmed reports that Randy Jackson will return as the show’s mentor.

“‘American Idol’ has always been about discovering the next singing superstar, and next season our judging panel will deliver a most impressive combination of talent, wisdom and personality to do just that,” Fox’s chairman of entertainment Kevin Reilly said of the Season 13 lineup, which will include Ryan Seacrest returning as host.

Lopez, 44, formerly judged on the show’s 10th and 11th seasons. She announced her departure in July 2012, citing a desire to work on other projects. She’s currently the chief creative office for English-language Latino cable network, NuvoTV; working on her eighth studio album due out later this year; and an executive producer on ABCFamily’s “The Fosters.”

Having mentored and performed on previous seasons, Connick is no stranger to the show. Most recently, he guest mentored the final four women in May. He has sold more than 25 million albums worldwide. He has earned more No. 1 albums than any other jazz musician in U.S. jazz chart history. And he has won three Grammy awards.

“I have always been a huge fan of ‘American Idol’ and really enjoyed my time as a mentor on the show,” said Connick. “And I am honored that they’ve asked me to be a judge this season. As an entertainer, I am truly excited to bring my perspective to ‘American Idol,’ and to help emerging performers find their way.”

Jackson, who announced he was vacating his judges’ seat after 12 seasons last May, will replace Interscope Records chairman Jimmy Iovine as the show’s resident mentor. Interscope will still release the show’s winner and contestants’ music.

“Surprise, surprise! I am so happy to be back as part of this amazing show that started it all,” said Jackson. “Season 1-3 is the place to be. The original talent show is back with a vengeance and ready to discover the best talent in America.”

Season 12 judges Mariah Carey and Nicki Minaj announced their departures from the show in late-May.

The path to next season’s lineup was certainly one with several twists and turns for the Fox competition show. Plagued with dwindling ratings, it looked at reinventing itself. Yet, after Kelly Clarkson’s refusal to join tanked an idea for an all-alumni panel, “Idol” shuffled through several candidates including Jennifer Hudson, producer Dr. Luke, music manager Scooter Braun and hip hop artist Will.I.Am.

Aside from the judges shakeup, “Idol” fired founding executive producers Nigel Lythgoe and Ken Warwick, replacing them with all new exec producers. Additionally, Fox’s head of alternative programming Mike Darnell left his post after 18 years. He has since moved to Warner Bros. Television.