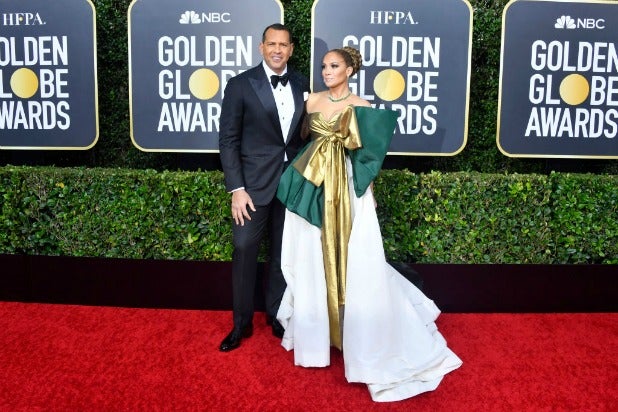 Jennifer Lopez took her role in “Hustlers” so seriously that she had a stripper pole installed in her and fiance Alex Rodriguez’s bedroom.

A-Rod revealed the tidbit while the couple was being interviewed by Ryan Seacrest during E!’s Golden Globes pre-show. Lopez earned her second Globes nomination for her turn as a scheming stripper in the film.

“One great benefit was having a pole in our master bedroom for six months,” the former New York Yankees slugger said with a smile.

Lopez trained with professional dancers for the film, which featured an impressive pole dancing routine. She wanted to make sure that audiences knew that it was her doing all of those moves.

“I told [director] Lorene [Scafaria], please get a close-up of my face! I don’t care if I looked like a bat, so they know I’m not a stunt double.”

“Hustlers” had earned more than $150 million worldwide at the box office, by far STX’s biggest earner in 2019.