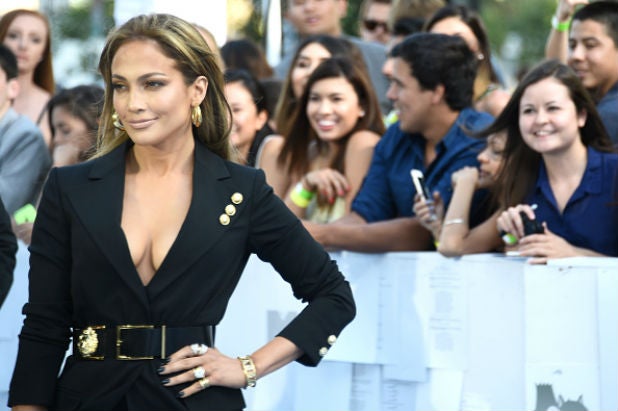 Jennifer Lopez is one hot mother as far as Universal Pictures is concerned. The studio is developing a comedy titled “Mothers I’d Like To …”  from Lopez and producing partner Elaine Goldsmith-Thomas, TheWrap has learned.

Capitalizing on the success of Lopez’s recent small-budget thriller “The Boy Next Door,” Lopez will presumably take on another sexy matriarch in the project based on a pitch from Goldsmith-Thomas and Mark Perez.

The plot is unknown, but has been described as “Bridesmaids” meets “The First Wives Club.”

Also Read: Jennifer Lopez and Her Twins Step Out in Style for ‘Home’ Premiere (Photos)

Lopez and Benny Medina’s Nuyorican Productions will serve as producers, with Vincent Newman on board as EP and Priscilla Porianda as co-producer. Perez will write the full script. VP of Production Anikah McLaren and Chloe Yellin will oversee on behalf of Universal.

The development follows reports that Jennifer Aniston is in talks to star in New Line’s upcoming movie “Mean Moms,” an adult-themed comedy in the spirit of “Mean Girls” that follows a happily married mother of two who moves from a small town to the high class suburbs where she is faced with confronting the cutthroat world of competitive parenting.

Lopez acknowledged the film’s “shoestring” budget, then gave Goldsmith-Thomas a shout-out and told the crowed to “bank on yourself.”