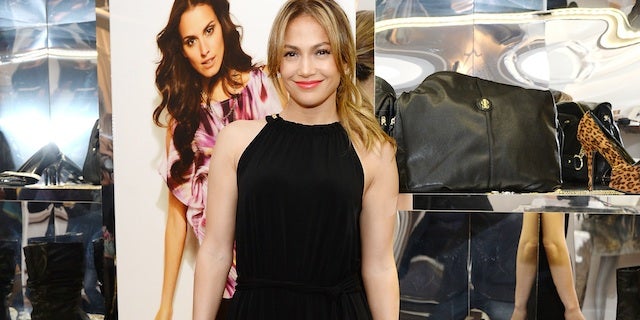 NuvoTV announced that Jennifer Lopez will assume the position of its Chief Creative Officer at its upfront presentation for advertisers on Wednesday.

Lopez — who owns a stake in the English-language cable network for Latinos and produces programming for the network under her company, Nuyorican Productions — took the stage for the presentation alongside NUVOtv’s chief executive officer Michael Schwimmer, head of programming Bill Hilary and senior vice president of advertising sales Craig Geller.

"Latinos are a force in this country. We are an engine for growth – we have huge economic power and unprecedented political and cultural influence and it's time for television to reflect who the modern Latino actually is – not who we are believed to be – not who we may have been – but who we are now," said Lopez in a statement.

"NUVOtv is poised for another year of substantial growth," Geller said. "Our appeal to advertisers has never been stronger with a growing and influential audience, richer programming and, of course, the obvious benefits associated with having Jennifer Lopez as our creative and marketing partner."

GOTTA DANCE – a never seen before behind-the-scenes look at the lives of professional back- up dancers on world tour with global icon and entertainer, Jennifer Lopez. This docu-series follows the journey of eight professional dancers performing night after night, across the continents, giving it their all, falling in love, dealing with injury, as they pursue their ultimate passion for dance.

RODNEY’S JOY – a, docu-series featuring Grammy award-winning producer, Rodney “Dark Child” Jerkins, producer for some of today’s hottest stars (Jennifer Lopez, Lady Gaga, Rhianna and many others), who is married to Joy Enriquez, a Mexican American former pop-star who put her promising career on hold to raise a family. Now, Rodney is tasked with the challenge of reigniting his wife’s music career as he balances life with Joy’s extended family, all living under one roof.