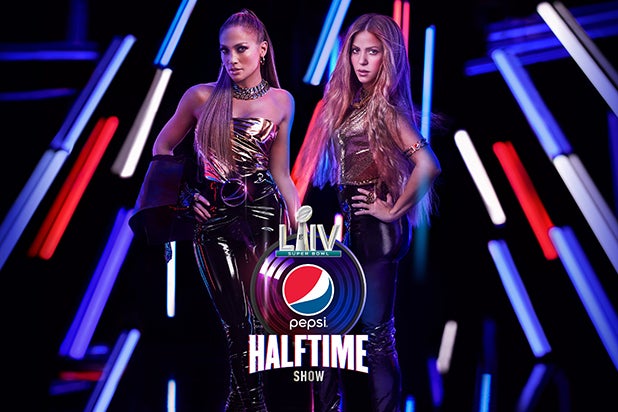 Super Bowl LIV will be held on Sunday, Feb. 2, 2020 from Hard Rock Stadium in South Florida. It will air on Fox.

Lopez and Shakira signed on about a month after the NFL closed a deal with Jay Z’s Roc Nation to serve as the league’s “official Live Music Entertainment Strategists” and spearhead the selection of artists for tentpole performances like the Super Bowl.

“Ever since I saw Diana Ross fly off into the sky at the Halftime Show, I dreamed of performing at the Super Bowl,” said Lopez. “And now it’s made even more special not only because it’s the NFL’s 100th anniversary, but also because I am performing with a fellow Latina. I can’t wait to show what us girls can do on the world’s biggest stage.”

“I’m so honored to be taking on one of the world’s biggest stages in the company of a fellow female artist to represent Latinos and Latinas from the U.S. and all over the world–and to top it off, on my birthday!” said Shakira. “This is a true American dream and we are going to bring the show of a lifetime!”

Lopez has most recently been making headlines as the star of the stripper crime drama “Hustlers,” which debuted at the Toronto International Film Festival to rapturous praise and some early Oscar buzz; the film opens in theaters this Friday. She also just concluded her 30-city “It’s My Party” tour celebrating her 50th birthday.