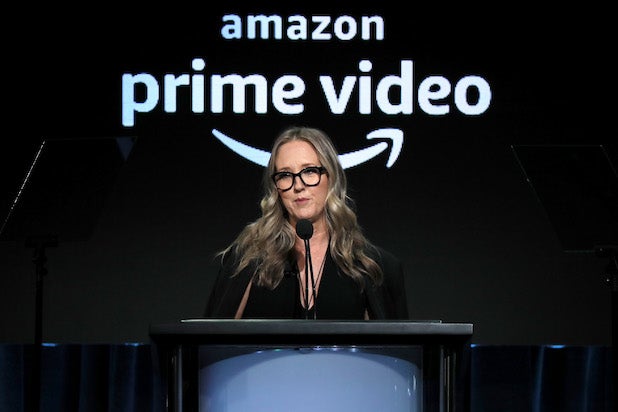 “We talk about this all the time,” Salke said. “I came from the network business…where you’re used to being able to go out and talk about success in viewership numbers. Our company doesn’t embrace that strategy. We agree that it’s not a strategy for us. We know what the numbers are.”

“We’ll talk about the success of our shows and sort of single out shows that are over-performing, but we’ve yet to embrace a strategy across the company where we want to get out with actual numbers,” she added.

Netflix, on the other hand, has selectively started sharing more viewer information in the last year.

Earlier this month, the streaming heavyweight said more than 40 million households had started watching the third season of “Stranger Things” in its first four days, setting a new company record. And in June, Netflix announced “Murder Mystery,” its new Adam Sandler and Jennifer Aniston-led flick, was watched by nearly 31 million accounts in its opening weekend — another company record. For obvious reasons, Netflix has seemingly only released data on shows and movies that perform particularly well.

Salke told us that Amazon’s guarded stance regarding its internal data may “change over time.”

Also Read: Amazon Will Not Bring Back 'The Romanoffs,' 'Patriot,' 'Too Old to Die Young'

When we asked if the company has started to share viewership tallies with its showrunners, Albert Cheng, Amazon’s co-head of TV, said it still doesn’t share “absolute numbers.”

“We do have ways in which they understand how their shows are performing,” Cheng said. “We usually do that after the season has premiered. We get together with them around the table and we walk them through how it’s performed.”

Salke and Cheng’s comments came on the same day Amazon announced it signed a first-look deal with Blake Lively; Amazon Studios also announced it won’t be bringing back “The Romanoffs” and “The Patriot.”