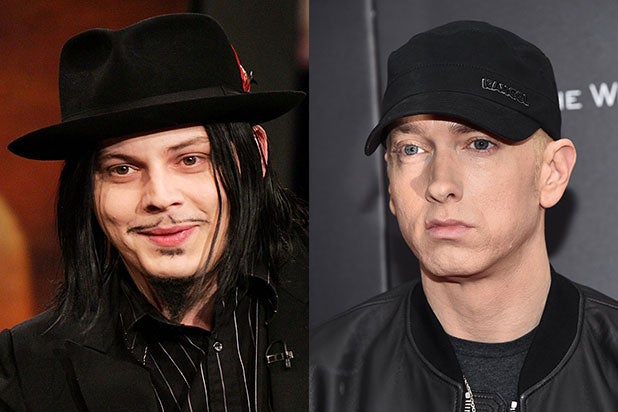 On Thursday’s episode of “Jeopardy!,” host Alex Trebek showed contestants a prominent photo of Jack White and gave a clue about him building a record pressing plant, yet one contestant still confused him with Eminem.

Trebek said the clue, “A recent vinyl resurgence has been aided by this musician, who built a pressing plant in his Detroit hometown.” The photo featured White donning a goatee and pencil thin mustache.

Contestant Julie buzzed in guessing “Who is Eminem?” before another contestant said the right answer.

Watch the mix-up below.

EMINEM AND JACK WHITE ARE NOT THE SAME, JULIE! #Jeopardy pic.twitter.com/eLVyk1TNn2