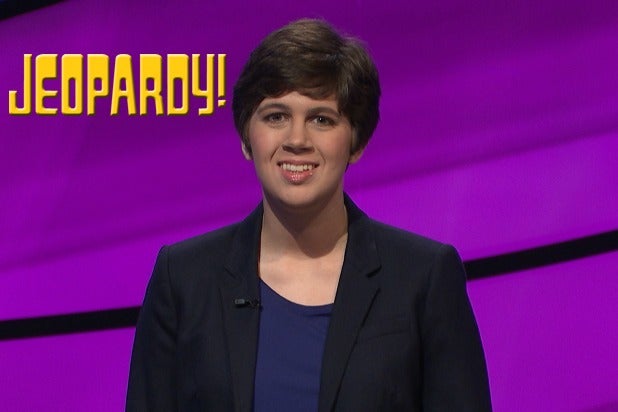 When James Holzhauer ended his “Jeopardy!” winning streak just-shy of besting the all-time earnings record, he was beaten by someone who could teach classes on how to do it, NBC News reports.

Emma Boettcher, a 27-year-old University of Chicago librarian, on Monday wagered a daring $20,201 during “Final Jeopardy” and walked away with $46,801, considerably ahead of Holzhauer’s $24,799 final tally.

Four years ago, Boettcher was a grad student at the University of North Carolina, where she wrote an award-winning master’s paper on “Jeopardy!” questions, NBC reported Monday night.

Titled “What is Difficulty?: Estimating the Difficulty of Fact-Finding Questions Using the ‘Jeopardy’ Archive,” Boettcher looked at clue length, syntax and other factors in order to examine the difficulty of answers and questions, according to NBC. UNC’s library school gave her the Elfreda Chatman Research Award for her work, NBC said.

In a profile on the University of Chicago Library’s official site, Boettcher is described “as the librarian who frequently conducts user testing in the lobby” who joined the school “as part of a residency program that brings top recent graduates to Chicago.”

Boettcher will defend her title on the “Jeopardy!” episode that airs Tuesday. Holzhauer ended his run with $2,462,216 in prize money and a place at the next Tournament of Champions.

“Jeopardy!” did not immediately respond to a request to speak with Boettcher.