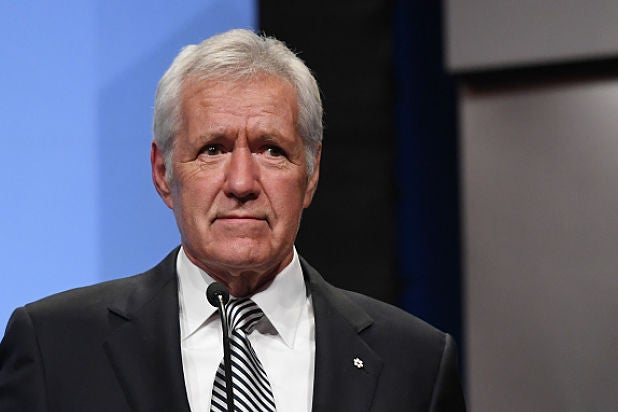 “Jeopardy!” host Alex Trebek has ditched his beard — which apparently is a great relief to his wife.

After debuting his beard earlier this month ahead of the Season 35 premiere of the series, game-show institution Trebek unveiled a whisker-free look on Thursday. And while fans were initially allowed to vote via social media on whether Trebek should keep the beard or ditch it, he suggested that in the end only one vote really mattered — that of his wife, Jean.

“Sorry to have to tell you, folks, but voting is now closed,” Trebek said in the video. “And we’ve determined that the winner is my wife Jean.”

Trebek continued, “She voted for me to be clean-shaven and so, that’s it.”

Trebek’s whiskers weren’t removed all in one clean shave. Video posted to the “Jeopardy!” Instagram account earlier this week showed Trebek trimming the beard back to a goatee, while a subsequent clip captured him bringing the facial-hair factor down another notch, to a mere mustache.

Watch a whisker-free Trebek explain his reasoning below.

Judges? Feel free to weigh in on which look you like best for Trebek in the comments section.

Sorry to everyone who voted for an #AlexTrebeard Fu Manchu – Jean stepped in before things got too out of hand.