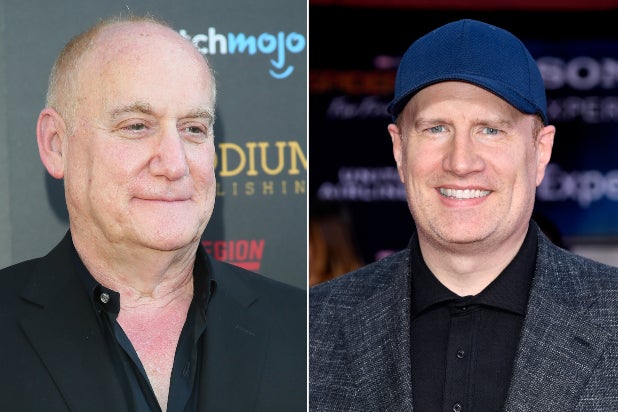 Jeph Loeb will exit as head of Marvel Television, an individual with knowledge confirmed to TheWrap. This follows the division’s move under Marvel Studios and its chief, Kevin Feige, who was named chief creative officer for Marvel last Tuesday.

Loeb, whose exit has been in the works for some time, will leave in the coming weeks, the individual said. Marvel declined to comment.

Feige, the architect of the hugely-popular Marvel Cinematic Universe, was put in charge of content creation across all of Marvel’s mediums last week, including publishing and animation. In addition to Marvel TV, Marvel Family Entertainment is also moving under Feige and Marvel Studios, which is under Disney co-chairmen Alan Horn and Alan Bergman.

The move comes as Marvel Studios, not Marvel TV, is set to lead an expansion of the MCU on the small screen with a bunch of shows for Disney+, the upcoming streaming service launching next month. Marvel Studios has planned eight different series, the first of which will roll out next fall with “The Falcon and the Winter Soldier.” The others include “WandaVision,” “Loki,” “Hawkeye,” “What If…,” “Ms. Marvel,” “Moon Knight” and “She-Hulk.”

Loeb spearheaded the initial expansion of the MCU into television with ABC’s “Agents of S.H.I.E.L.D.” and “Agent Carter.” Marvel TV had an expansive slate on Netflix that included “Daredevil,” “Jessica Jones,” “Iron Fist,” “Luke Cage,” “The Punisher” and the team-up series, “The Defenders.” But with Disney launching its own streaming competitor, the two sides ended their four-year creative partnership earlier this year. Marvel TV currently has six shows in development with Disney-owned Hulu — five animated series and the live-action “Helstrom” — along with the third season of “The Runaways” premiering later this year. “

Agents of S.H.I.E.L.D.” is heading into its final season on ABC next year.

No decisions have been made on any of these current Marvel TV shows in development — including Freeform’s “Cloak and Dagger,” which has not been canceled nor renewed for a third season. Feige and his team will look at all the projects on a case-by-case basis. Plans for a live-action “Ghost Rider” series that would’ve seen Gabriel Luna reprise his role from “Agents of S.H.I.E.L.D.,” were dropped last month.

Variety was first to report about Loeb’s departure.