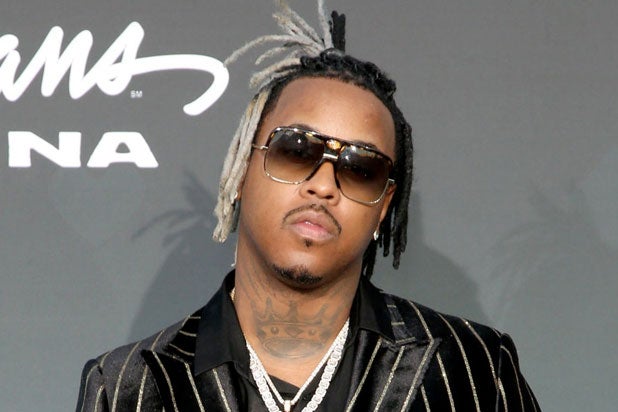 R&B singer Jeremih has been transferred out of the ICU, moved into a regular hospital room and is on the road to recovery after he was hospitalized due to complications from COVID-19.

“Jeremih has been transferred out of ICU. He will spend the rest of his recovery time in a regular hospital room. The true healing begins. Thank you all for your continued prayers and wishes,” his family said in a statement (via Billboard).

CNN reported on Wednesday that the “Birthday Sex” singer was on a ventilator and was struggling to breathe, with his family saying previously that the “virus had viciously attacked his body.” They added that the 33-year-old musician’s symptoms were “rare for a young man his age without underlying conditions.”

Also Read: Tekashi69 Goes From Rapper to Gangster in Trailer for Doc '69: The Saga of Danny Hernandez' (Video)

“His family would like to remind the world that COVID-19 is real and not to be taken lightly,” they said in a statement provided to CNN. “Also, It’s important for people infected to quarantine and let their families and friends know ASAP. There’s no shame in contracting COVID-19, and people that have it need to be responsible and considerate of others.”

Back on Nov. 14, Chance the Rapper was among the first to send his support to Jeremih when news of his condition first broke.

“Please if you can take a second to pray for my friend Jeremih, he is like a brother to me and he’s ill right now. I believe in the healing power of Jesus so if you can for me please please say a prayer over him,” Chance wrote.

Jeremih released his debut single “Birthday Sex” in 2009 when he signed with Def Jam Recordings, which then led to his self-titled album. His second album, “All About You,” featured his hit single “Down on Me,” and in 2014, his song “Don’t Tell ‘Em” with YG topped the charts again. His third album, “Late Nights,” was released in 2015. His latest collaboration album with Ty Dolla Sign, titled “MihTy,” was released in 2018.