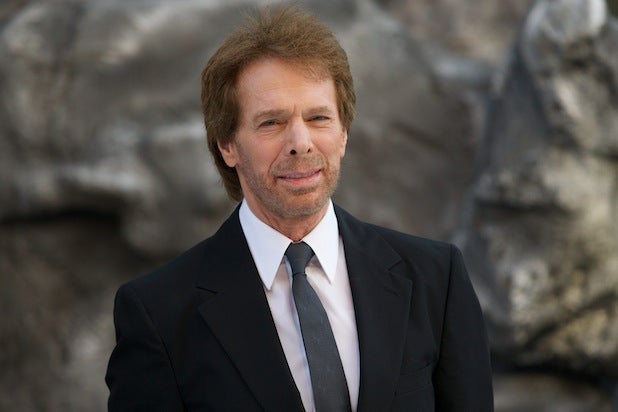 Super-producer Jerry Bruckheimer will be honored with the 27th American Cinematheque Award at the Cinematheque’s annual benefit gala on Dec. 12 at the Beverly Hilton Hotel.

The award presentation will include in-person tributes from some of Bruckheimer’s colleagues.

Bruckheimer was the unanimous choice of the Cinematheque Board of Directors selection committee, which since 1986, has annually honored an extraordinary filmmaker who is fully engaged in his or her work and is committed to making a significant contribution to the art of the motion picture.

The executive producers of the show are Paul Flattery and Barbara Smith. Irene Crinita is the producer and Kelly Brock serves as co-producer. Corrinne Mann is the event producer.

1000 entertainment industry notables are expected to attend the tribute, which is the American Cinematheque’s most important benefit, as it provides funds for the non-profit film exhibition organization’s programs throughout the year and operation of several historic theaters in Los Angeles.

Over the past 40 years, Bruckheimer’s films have earned worldwide revenues of over $16 billion in box office, video and recording receipts.

Bruckheimer, who recently agreed to end his first-look deal with Disney and return to making movies for adult audiences, is coming off the disappointing performance of “The Lone Ranger.” He recently wrapped Scott Derrickson‘s paranormal thriller “Beware the Night,” and is currently developing the crime drama “Apaches,” as well as a fifth film in the “Pirates of the Caribbean” franchise.