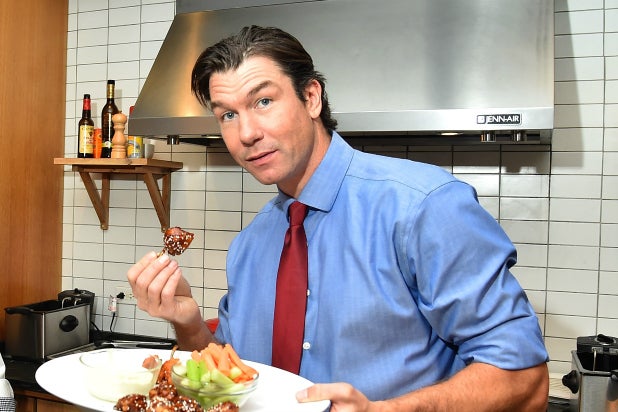 Jerry O’Connell may have missed out on co-hosting “Live” with Kelly Ripa, but the “Stand By Me” star is no longer without a talk show. O’Connell is set to host and executive produce new Bravo late-night talk series, “Real Men Watch Bravo.”

Andy Cohen will also produce the show, which is set to premiere on the cable channel this fall.

The late-night talker will see O’Connell and a “panel of male celebrities, comics and tastemakers, discussing the buzziest Bravo moments and a variety of topics steeped in pop culture,” per Bravo Media.

An avid Bravo viewer, O’Connell has proven he’s not shy when it comes to weighing in on the networks’ programming, per Monday’s announcement to media. From offering advice to “The Real Housewives” from every franchise to taking sides on some of the most controversial Bravo feuds, Jerry is truly a walking encyclopedia of Bravo history.

“Real Men Watch Bravo” will offer unprecedented access to the male point of view pertaining to all things Bravo and entertainment, the press release continued. Whether realizing they were a die-hard “Vanderpump Rules” fan after being introduced to the sizzling series by their girlfriends or learning how to cook the perfect filet from binging “Top Chef” episodes for hours, these men are unapologetic Bravoholics and hope to encourage others to step out of the shadows and admit what some have known all along…Real Men Watch Bravo.