Watch the video above, see the poster below. 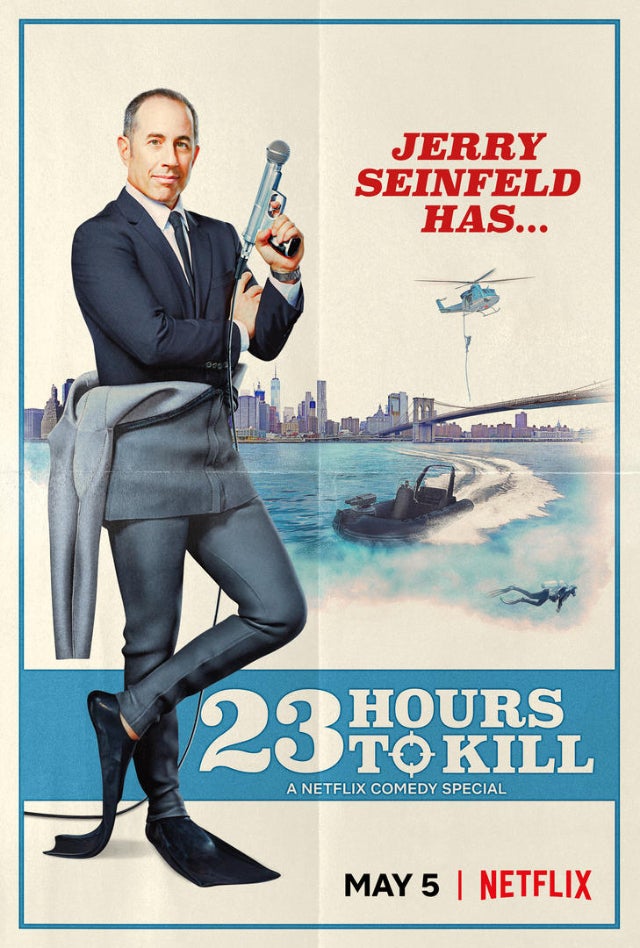 It looks like we may have finally found our new James Bond.

“23 Hours” is technically his second stand-up special with Netflix, proceeded by 2017’s “Jerry Before Seinfeld.” That one was a mix of classic jokes and stories from his youth, which is why this one needs that “original” qualifier we mentioned above.  Prior to “Jerry Before Seinfeld,” the comic’s previous original stand-up comedy special was 1998’s “I’m Telling You for the Last Time.” An argument can even be made against that one’s original-ness, as its entire premise was that Jerry was retiring his iconic material.

Seinfeld signed a production deal with Netflix in 2017 that guaranteed two comedy specials.

The streaming giant is his new home. Jerry’s hit sitcom “Seinfeld,” which he co-created with Larry David (“Curb Your Enthusiasm”), moves from Hulu to Netflix in 2021. Seinfeld’s “Comedians in Cars Getting Coffee” series has already shifted from its former home at Sony Crackle to Netflix.

“23 Hours to Kill,” an hourlong special taped at the Beacon Theater in New York City, debuts on May 5 on Netflix.