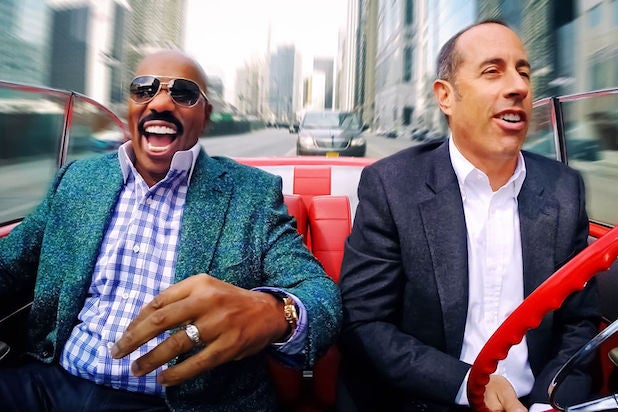 Jerry Seinfeld has emerged the winner of a legal battle with a former collaborator who claims that he came up with the original idea for “Comedians in Cars Getting Coffee.”

“Because Charles was on notice that his ownership claim had been repudiated since at least 2012, his infringement claim is time-barred. His joint authorship claim is also time-barred for the same reasons,” Nathan wrote in the filing obtained by TheWrap.

According to Charles’ complaint, the idea for “Comedians in Cars” originally came about during a collaboration he had with Seinfeld in the early 2000s. Charles says that he pitched Seinfeld an idea for a show about two friends “talking and driving,” years ago, but that Seinfeld declined it at the time. Then, in 2011, Charles says that Seinfeld told him about plans for a project about “comedians driving in a car to a coffee place and just ‘chatting.'”

Though Charles was at one point attached to “Comedians in Cars,” which debuted on Crackle in 2012, he ultimately left the project due to a dispute over whether he would be a “work-for-hire” director, as Seinfeld wanted, or whether he would get “compensation and backend involvement” as Charles requested.

Seinfeld’s lawyers argued that the three year statute of limitations had passed by the time Charles filed a copyright infringement suit against Seinfeld in early 2018. They also said that Charles forfeited any claims when he accepted $107,734 from Seinfeld in 2012 for pre-production expenses his production company mouseROAR incurred during early work on the series.

“Today’s victory is a complete vindication. Jerry created “Comedians in Cars” and this lawsuit was nothing but a money-grab seeking to capitalize on the success of the show,” said Seinfeld’s attorney Orin Snyder.

Charles did not immediately respond to a request for comment.

“Comedians in Cars Getting Coffee” moved from Crackle to Netflix in 2017, where it continues to produce new episodes. It most recently aired its 11th season.